Sign Up
Log In
Purchase a Subscription
You are the owner of this article.
Edit Article Add New Article
You have permission to edit this article.
Edit
Welcome, Guest
This Week's Paper    |    Markets
News
Publications
100 Years
Markets
Classifieds
Sale Reports
Community & Events
Livestock Tours
Contact Us
Subscribe Now
Share This
1 of 3 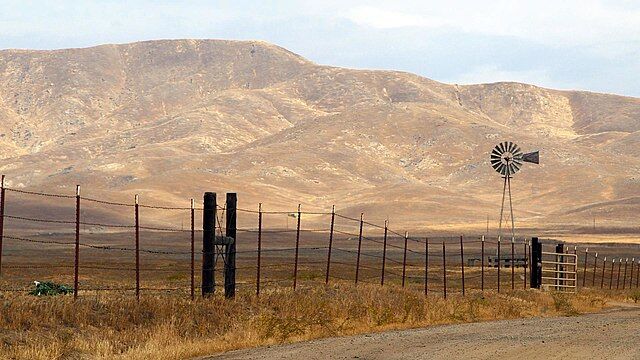 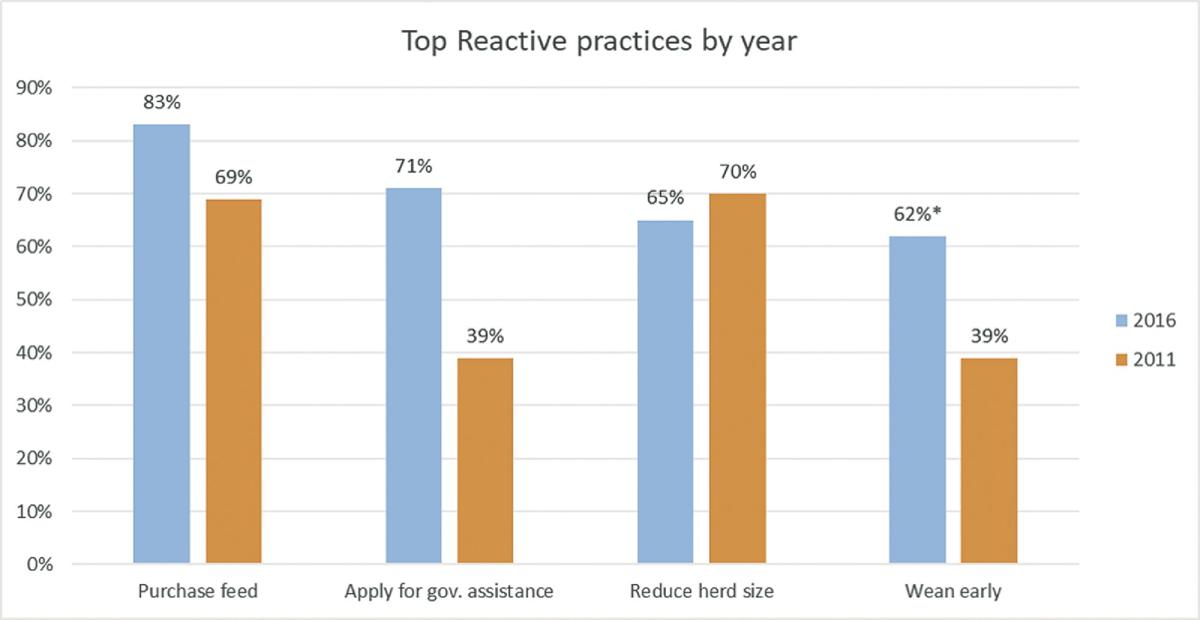 Figure 1. Reactive drought practices used by study participants. Top practices are defined as the four most used practices among interviewees. 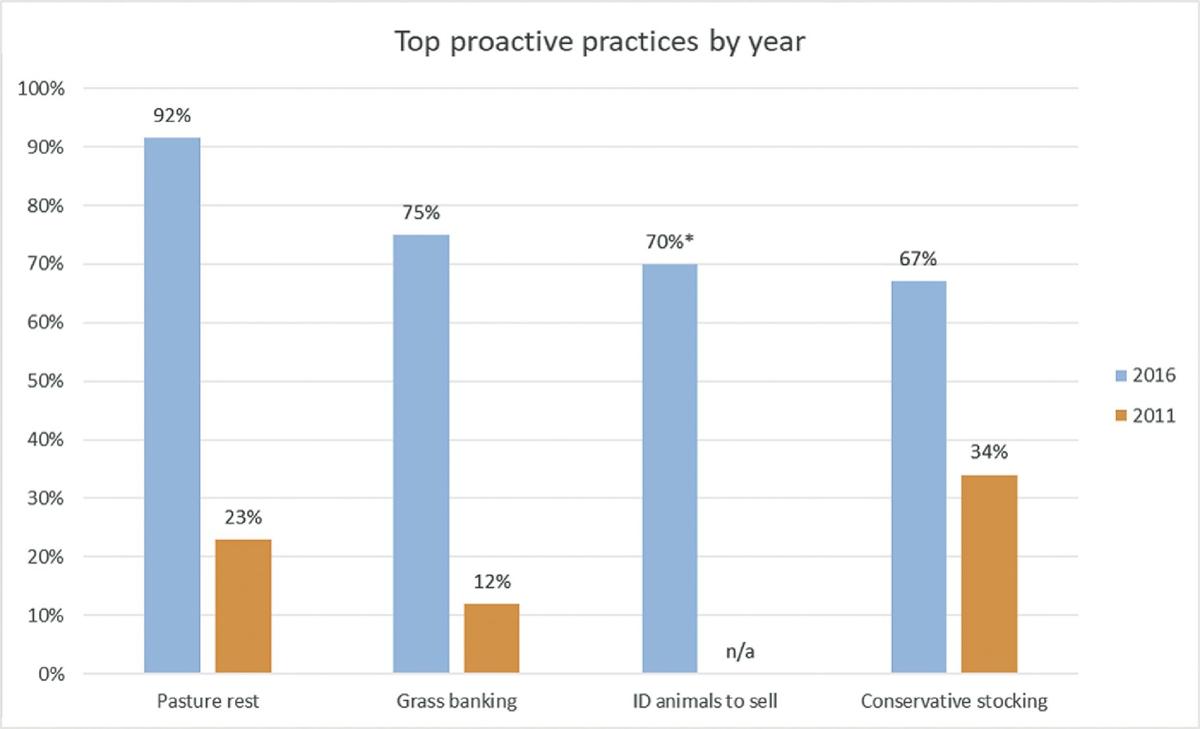 Figure 2. Proactive drought practices used by study participants. Top practices are defined as the four most used practices among interviewees.

In 2016, they followed up with interviews with CCA and California Wool Growers Association members to assess what measures ranchers took to deal with the drought.

Grace Woodmansee, UCCE livestock and natural resources adviser in Siskiyou County, told WLJ the 2011 survey was a starting point to see what ranchers experienced and how they adapted during the 2012-16 drought.

Cattle markets add Christmas cheer, but drought is a grinch

Cattle markets are adding to the holiday spirit as 2021 comes to a close. Optimism that has built in feeder cattle markets in the second half of the year has been enhanced and consolidated with the fed cattle market breaking out and moving sharply higher in the last two months of the year.

“We were interested in seeing if the (2012-16 drought) changed the way ranchers thought about drought management planning and if there were any opportunities, from a support agency perspective, to adapt the way we do our extension work or influence the way policy is developed and meet people after managing through such a severe event,” said Woodmansee.

The study found just over half of those surveyed and interviewed had a drought plan in place, indicating the need for aiding ranchers with developing a drought management plan.

“I think that definitely highlights the opportunity to have organizations like Cooperative Extension help ranchers get a written drought management plan of what works and doesn’t work for them as this increasingly severe drought takes place throughout the West,” Woodmansee said.

As California is not immune to drought, most survey respondents in 2011 stated they experienced reduced forage availability, increased expenses and reduced weaning weights due to previous droughts. Interviewees in 2016 reported the same challenges, but cattle producers stated the challenges were offset by higher cattle prices (sheep producers were not buffered).

The study found a considerable increase in the number of ranchers incorporating proactive practice use between 2011 and 2016, both in terms of overall practice use and individual practice adoption. In 2011, 64 percent of surveyed ranchers reported using forward planning to mitigate drought impacts, and in 2016, 98 percent of interviewed ranchers were currently using at least one proactive practice. (See Figure 2.)

Researchers found ranchers are considering drought in their future management planning as they expect the climate to change in the future.

At the end of November, 69 percent of the U.S. was abnormally dry or worse with over 53 percent in some degree of drought (D1-D4), according to the Drought Monitor.

The study noted, “As the effects of climate-related disturbance become more frequent, drought must be integrated into all forward management planning to enhance both ranch and range resilience. Therefore, increasing management flexibility via a diversity of both proactive and reactive drought management practices will continue to be a critical component of building ranching and rangeland resilience, particularly during multiyear droughts.”

“We’re learning more about how best to serve the ranching community with every drought experience we go through,” said Woodmansee. “One of the things we honed in on was how much the economic piece of individual management strategies influenced adoption. One of the things Dan and I worked on (with) the Drought Decision Support Tool really focuses on the economics.”

The tool is designed to create a drought management plan with ranch goals, proactive drought strategies and reactive strategies, including “critical dates” for making decisions, such as early weaning and selling livestock. The self-assessment tool is combined with Excel spreadsheets to help cattle and sheep ranchers analyze the costs and benefits of several key strategies.

The tool provides a 12-month planning calendar outlining forage source and projection, limiting factors, potential action and economic considerations. The spreadsheets are designed for sheep and cattle producers to evaluate early weaning, culling and full feeding decisions. To complete the worksheet, producers need to know the size of the animals and current prices and input costs.

While the tool and spreadsheets are broad, Woodmansee said they could be tailored to meet each specific operation with a one-on-one consultation with an Extension agent. She said while they have not made any changes to the tool since it was released in July, it may need to be tailored to each Extension agent’s county. Still, they are taking feedback from producers, particularly regarding the economic aspect of the tool.

The Drought Decision Support Tool and spreadsheets can be found at ucanr.edu/sites/Livestock/Drought/. For more information or to provide comments and feedback, you can contact Woodmansee at gwoodmansee@ucanr.edu. — Charles Wallace, WLJ editor

The cattle market entered the new year with a spring in its step. Futures headed higher, and cash prices also trended higher.