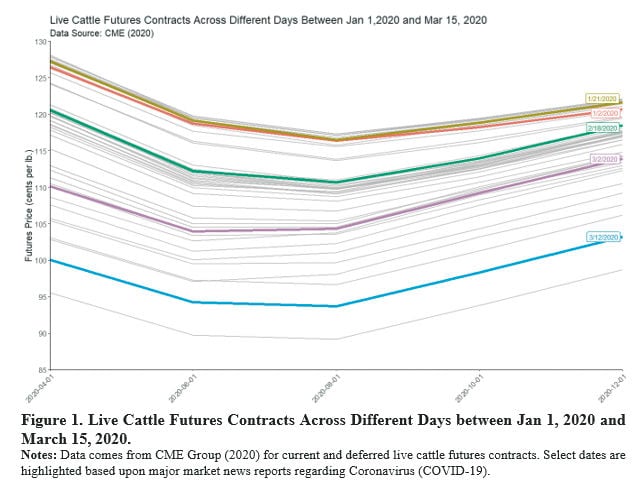 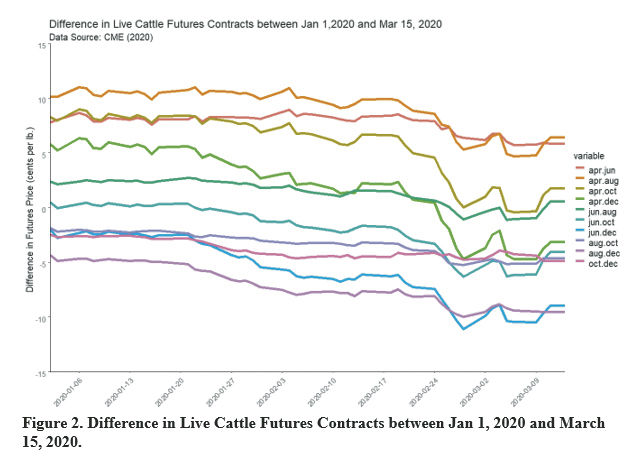 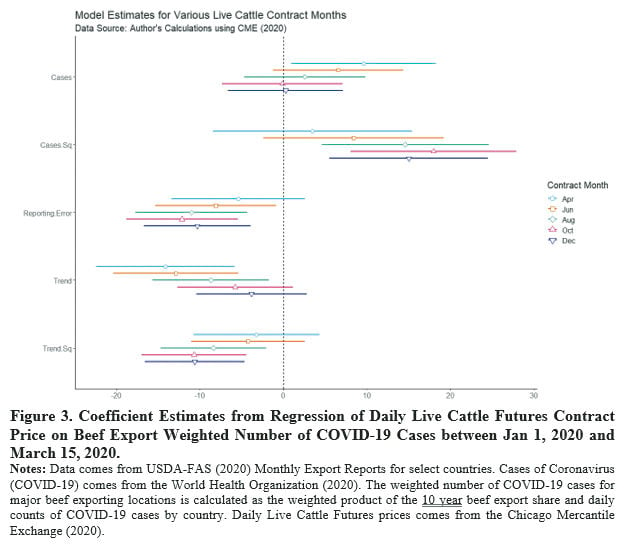 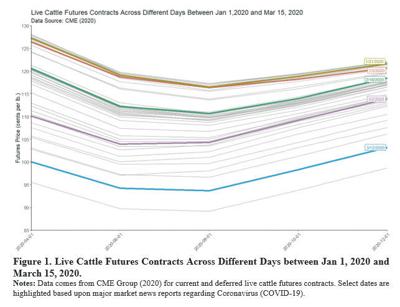 The media and market attention surrounding coronavirus (COVID-19) has been near deafening. Uncertainty surrounding the severity, transmission rates, case fatality, and government policies has induced large amounts of volatility into the markets. Market analysts are still trying to sort through and estimate the impacts that COVID-19 will have on country-specific economic growth, consumer spending, and food purchases away from home.

Beef is currently wading through how COVID-19 will impact domestic (retail vs. grocery) and export demand. The recent government suggestions on “social distancing” and “self-quarantine” have many wondering how this will affect food service demand. Given that beef has a large market penetration in food service and roughly half of total U.S. food expenditures is consumed away from home there is likely to be some decrease in domestic beef demand.

Beef export demand is going to be largely affected by the number of growing cases and government-imposed containment strategies in countries where the U.S. exports large amounts of beef.

The large increase in commercial production came in the form of larger than average carcass weights—heifers 12 lbs. and steers 14 lbs. higher than the five-year average. Record beef supplies were accompanied by larger than average production of pork and poultry. In other words, there was a lot of protein on the market that needed to find an (export) home prior to any shocks due to COVID-19, or else there was going to be a lot of protein on the domestic market.

So how has the futures market reacted to the ongoing news of COVID-19? Figure 1 plots the closing prices for the April, June, August, October, and December live cattle futures contract. Each line represents how contracts traded within a given day. Five different lines are highlighted in order to illustrate the shape and magnitude of the live cattle contract movements.

For example, on Jan. 21 (the first day the World Health Organization [WHO] began reporting COVID-19 cases) the markets were trading in the relatively same magnitude and structure as Jan. 2. As the number of cases grew, the market slowly started sell off with a huge market movement coming when China “readjusted” the way they reported cases (Feb. 18).

By the time we were in the beginning of March, COVID-19 was starting to become problematic in most parts of Europe and the market was further discounted. Then on March 12, the U.S.  announced a travel ban from Europe, UK and Ireland which caused the largest downward shift.

The fundamental market shape (difference in price between different contracts) on the deferred contracts in Figure 1 appears to stay similar during this time period. Under this case then it would be nothing more than a change in magnitude (i.e., vertical shift), implying that the risk was similar across all months.

However, upon closer examination, there have been significant changes in the deferred market structure. Figure 2 plots the difference in remained similar. Under the assumption of no change in market structure the lines should be horizontal lines. All price differences between live cattle contracts have increased in magnitude and volatility since the last week in February. This is most likely a result of more information coming forward about the transmission and spread of COVID-19.

One of the most important pieces of market information available to monitor the COVID-19 situation is the number of cases. The market argument is that as the number of cases increases consumers (domestic and export) demand for beef products will decrease. Domestic and export demand decreases due to “social distancing” and “self-quarantine” causing them to consume less beef both at and away from home. Under this assumption then it is possible to map a weighted cumulative number of cases to live cattle futures.

I attempt to verify this hypothesis posed by market analysts by weighting the cumulative number of COVID-19 cases plus other controls to live cattle futures contract prices. To do so, I create a weighted average of cases where 80 percent of COVID-19 cases come from the U.S., and the remaining 20 percent comes from countries where the U.S. exports beef (i.e., Japan, South Korea, China, Canada, Mexico, and others).

The 20 percent is weighted by each country’s relative share of U.S. beef exports. Thus, by regressing the live cattle futures price for a given contract on the weighted cumulative number of cases plus other controls we can see how the market is incorporating this information.

Cases are the number of cumulative cases weighted by domestic and beef export share, Cases Sq. is the square of these cases, Reporting Error is a dummy variable indicating how much the change in Chinese reporting on Feb. 17 impacted the market, Trend and Trend Sq. is a linear and quadratic trend, respectively.

So, what do these results tell us? First, the number of cumulative cases is not important to the market but rate of change that cases are reported. As the number of cases increases exponentially the market discounts more aggressively, particularly in deferred contract months. This would send market signals to feedlots to slow feeder cattle placements in the fall if the number of cases continues to grow rapidly. Likewise, it would also suggest lighter placement weights are preferred.

Second, the reporting error by China had a significantly negative impact on live cattle prices across all contracts but the effect was larger in more deferred contracts signaling how the market values correct reporting of the number of cases. Third, the general price trend has been to discount live cattle futures but at a decreasing rate. This implies that while markets have been discounted live cattle contracts the rate of this discount has been decreasing. This is one positive takeaway.

It would be far more troublesome to see a negative Trend and a positive Trend Sq. indicating discounts at an increasing rate. Exploring other specifications to included first differenced prices, one-day and 10-day lagged weighted cases, and global number of cases rather than an 80 percent domestic and 20 percent export weighted price does impact the magnitude of these estimates but on average a similar story is found. — Elliot Dennis, University of Nebraska-Lincoln

It is our responsibility, as citizens of the United States, to take precautions in the face of a global pandemic.