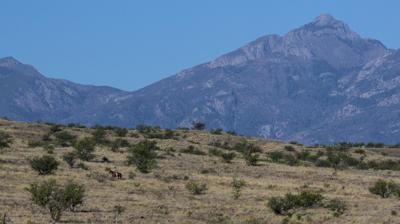 Rumors have been circulating for some time that Karen-Budd-Falen, a Cheyenne, WY, attorney and rancher, would be named director of the Bureau of Land Management. Those rumors were put aside recently when Budd-Falen announced during the Public Lands Council annual meeting that she turned down the position and instead accepted a position as Deputy Solicitor for Fish, Wildlife and Parks at the Department of Interior (DOI).

Budd-Falen explained to those attending the conference and in more detail to WLJ the reasoning behind her decision. She began by noting that DOI Secretary Ryan Zinke had asked her to submit her name to the White House to begin the process of Senate confirmation for the director position. She started that ball rolling in March 2017 and completed an FBI background check.

After clearing the background check the next step was to go through the White House Ethics Office where the conditions of her accepting the position began to unfold. The first request, she said, was that she and her husband, Frank, needed to change the name of their law firm if she was confirmed; next, she would have to recuse herself from the firm’s cases—those terms were agreeable. Additionally, they were told Frank could not handle any case relating to DOI, again agreeable. Budd-Falen told WLJ the sacrifices were getting greater—they were told it might be best if Frank didn’t work at the law firm, still an agreeable term, given the position that she would take.

Finally, Budd-Falen said the “deal breaker” was that she would need to sell her ownership in her family ranch in Big Piney, WY, where she was born and raised. “My sisters and I are the fifth-generation owners of that ranch. We have a BLM permit that has no conflict or issues, she said.” Going on, she explained, “Even crazier, they said Frank had to sell his interest in his family ranch that he purchased with his father and two brothers-in-law. Frank’s family had leased that ranch in Nevada for years before they had a chance to buy it 30 years ago.”

When Budd-Falen questioned those conditions, she said, “The answer was that if I ever made a decision that was good for ranchers and BLM permittees across the West, our ranches would ‘benefit’ along with everyone else in the West and that was a conflict of interest for me.”

After trying to explain that you can’t just sell a family ranch but being told that was the rule, Budd Falen said, “It only took two seconds to turn down the BLM director job. Frank and I are ranchers first and foremost. Selling our ranches would be like selling our right legs and that was just a price that neither Frank or I were willing to pay.”

Budd-Falen will begin her job as deputy solicitor on Nov. 1, a position that will require her to move to Washington, D.C. However, she will remain grounded in Wyoming where Frank will stay to run the law firm and she will commute to when possible.

Explaining the new position, she said, “I will be in the Office of the Solicitor and will be directly working with the Fish and Wildlife Service, National Park Service and the National Wildlife Refuges. I will also work on other policy and legal projects as requested by the acting solicitor and the secretary [Zinke].

The position she accepted does not require Senate confirmation, but she will resign from the Budd-Falen Law Offices. She noted, “Frank and our other attorneys will be able to keep the law firm and continue to do the important property rights work they do—and Frank and I don’t have to sell either ranch.”

“I think we can protect the important scenic and recreational places in the West and protect the custom, culture and local economies of the rural communities and counties all at the same time. We need to do a better job of managing our public lands for the people instead of away from the people and hopefully I can further the work in that direction already started under Secretary Zinke,” Budd Falen told WLJ.

Budd-Falen told WLJ the biggest personal challenge will perhaps be living in Washington, D.C. “I currently live on a ranch outside Cheyenne and with little commute to work and only seeing three houses in the distance from our deck.” She added, “I am also going to terribly miss my family.” The Falens have two grown children and a grandson.

Another challenge or adjustment she may need to adapt to is the slowness of bureaucracy in Washington. “I am used to just working with Frank to make decisions and implement decisions.  It does not work that way in the federal government and I think that it will be a hard switch for me.”

As noted, she will be based in Washington, D.C., but she told WLJ, “I really hope to be allowed to come spend time in the West since that is where my heart is—but that is all down the road.” — Rae Price, WLJ editor

Texas rancher is new assistant secretary of the Department of the Interior for Fish, Wildlife, and Parks

On April 2, Texas rancher Susan Combs was appointed the assistant secretary of the Department of the Interior for Fish, Wildlife, and Parks fo…