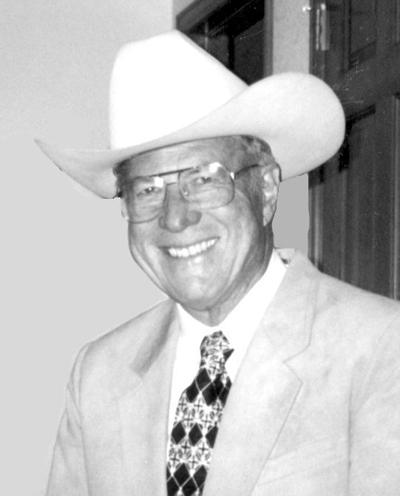 Richard (Dick) Ashton Crow passed away Feb. 20, at his home in Denver, CO. Dick was a Christmas baby, born Dec. 25, 1925 to Nelson and Mary Jo Crow, in Los Angeles CA. Nelson was the founder of the Western Livestock Journal, which he started in 1922. Dick grew up around the livestock industry and eventually made a career out of it. He served his country in the Navy during World War II, assigned to the aircraft carrier, USS Hancock, serving in the Pacific Theater. After his Navy service, he attended Claremont College, then a men’s college in Pomona, CA. Dick had four younger siblings, Sue, Joe, John, and Bill, who all preceded him in death.

Dick went to work for his father, Nelson, and first became a fieldman for the Western Dairy Journal while raising a family in Newport Beach, CA. Then he and his family moved to Colorado where he served as a fieldman for the Western Livestock Journal. Dick became publisher of WLJ in 1968. He also had a passion for travel and traveled the world with WLJ Tours. He visited every major continent, though never made it to Antarctica because there are no cattle there.

Dick retired from WLJ in 2000 after working side by side with his son, Pete, for 14 years. Pete continues to serve as publisher as WLJ approaches its 100th year in business.

Dick married Sally Corbit in California and they had two children; Katie Crow of Port Townsend, WA; and his son, Pete, who both survive him. Dick and Sally divorced after 30 years. He then married Barbara Peck and they made their home in Franktown, CO, where he enjoyed gardening. Barbara shared his passion for travel and participated in many WLJ ranch tours. She passed in 2017. His long-time friend, Marylin Montgomery, took care of him until his death.

Dick had two grandchildren, Lauren (Hogan) Jones, and David Crow who passed in 2013.

Dick loved his family, friends and his country. At his request, in lieu of services, Dick asked that his ashes be taken to the Continental Divide of Colorado to be scattered, half on the west side of the Rockies and half on the east side.