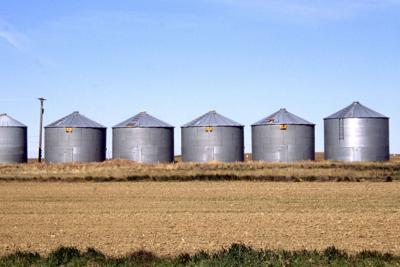 A health savings account (HSA) offers a triple tax benefit. It is the only vehicle that enjoys both the benefit of tax-deductible contributions, tax-deferred growth plus tax-free distributions (for medical expenses.)

Given the inevitability of medical expenses in retirement, arguably the best account for a portion of your retirement savings is an HSA. It is even better than an IRA because you only receive two tax benefits with an IRA. A Traditional IRA offers a tax deduction on the contribution plus tax-deferred growth but all distributions are taxed as ordinary income. A Roth IRA offers tax-deferred growth and tax-free distributions but the contributions are not deductible.

This doesn’t mean that you should exclusively fund a health savings account for retirement, as the accounts are both taxable and potentially subject to penalties if used for non-medical purposes. But for those who already have some retirement accounts, and/or have more than enough dollars overall to achieve their goals, the fact remains that contributing the maximum to an HSA every year has the potential for more beneficial tax treatment than any other type of tax-preferred account.

Contributions to an HSA are pre-tax (either tax deductible if contributed directly, or excluded from income if contributed by an employer on behalf of an employee.) Withdrawals from an HSA for qualified medical expenses are tax-free (although non-qualified withdrawals are taxable as ordinary income plus a 20 percent penalty tax, with the penalty waived for those over age 65, or who are disabled, or if withdrawn as a non-spouse beneficiary after the death of the HSA owner).

Qualified medical expenses are generally any expenses that would otherwise be eligible for the medical (and dental) expenses deduction, along with any expenses paid for a doctor-prescribed drug. Qualified medical expenses also include insurance premiums for health insurance coverage under the Consolidated Omnibus Budget Reconciliation Act, health care coverage while receiving unemployment compensation, Medicare (but not Medigap) premiums, and even a portion of long-term care insurance premiums.

To contribute to an HSA, you must be covered under a high-deductible health plan, and not be enrolled in Medicare or other health coverage, nor claimed as a dependent on someone else’s tax return. A “high deductible” health plan must have a minimum deductible of $1,400 for self-only coverage or $2,800 for family coverage (in 2020), and can have a deductible as high as $6,900 for an individual or $13,800 for a family (in 2020).

There is no time limit on when funds in an HSA must be used. An HSA does not have a “use it or lose it” provision like the flexible spending account where anything more than $500 of unused funds are forfeited at the end of the year. Instead, as long as they were permitted to be contributed into the HSA in the first place, HSA funds can remain in the account for an extended period of time.

Given the inevitability of medical expenses in retirement, arguably the best account for a portion of your retirement savings is an HSA.

In turn, the only requirement at the time of distribution for tax-free treatment from an HSA is that the withdrawal either cover a current medical expense, or be used to reimburse a prior one (that was itself paid out of pocket, was not reimbursed from another source, and was not previously claimed as an itemized deduction).

Even further extending the favorable deferral period for an HSA, the rules stipulate that if the HSA is not used before death, a surviving spouse can continue the HSA in his/her own name and continue the preferential tax treatment (including future tax-free withdrawals). This form of HSA spousal rollover is similar to that permitted for retirement accounts. — Chris Nolt, owner of Solid Rock Wealth Management, Inc. and Solid Rock Realty Advisors, LLC

Allocating the sale price of a farm or ranch among the different types of assets involved in a sale is a necessary and often neglected task.