Sign Up
Log In
Purchase a Subscription
You are the owner of this article.
Edit Article Add New Article
You have permission to edit this article.
Edit
Welcome, Guest
This Week's Paper    |    Markets
News
Publications
Classifieds
Livestock Tours
Sale Calendar
Community & Events
About
Subscribe
Share This
1 of 3 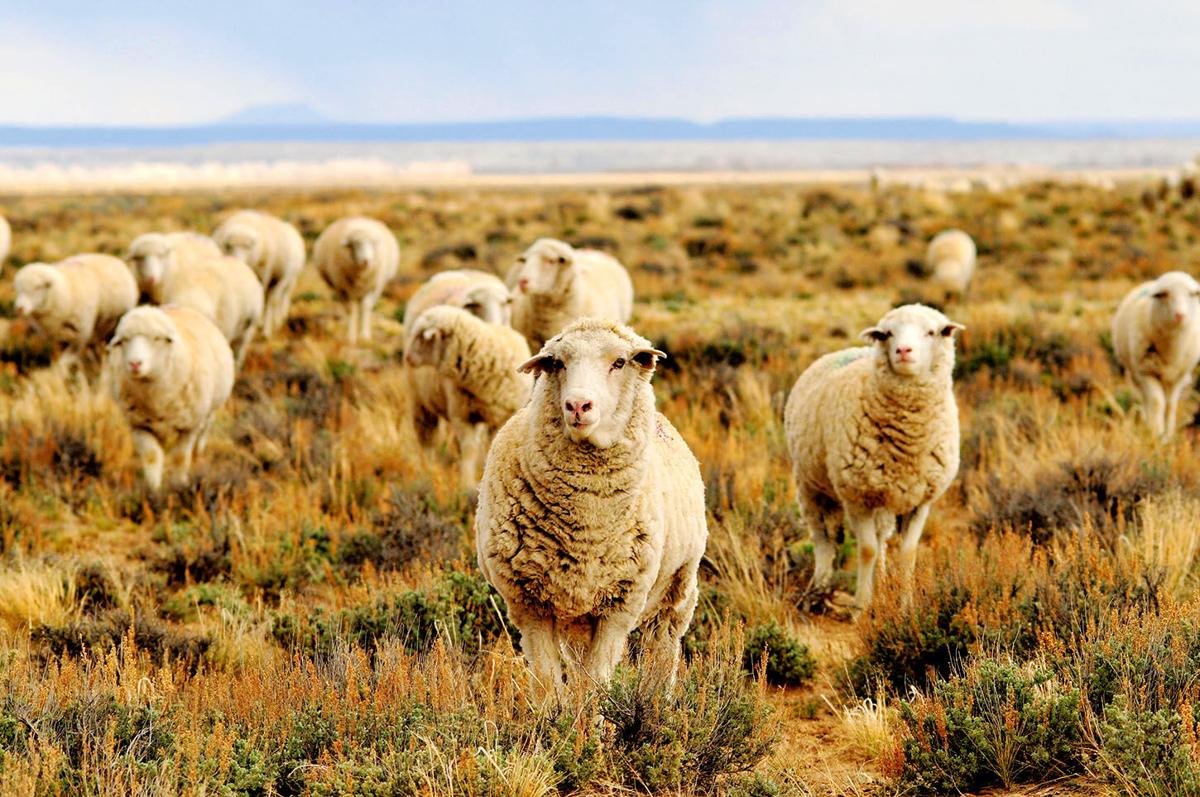 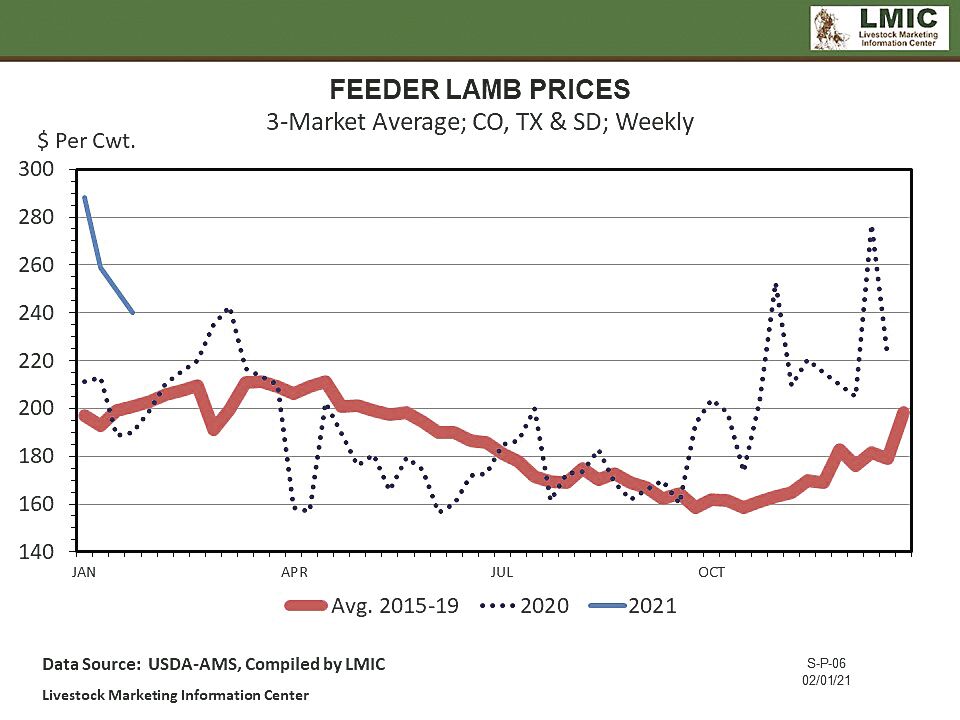 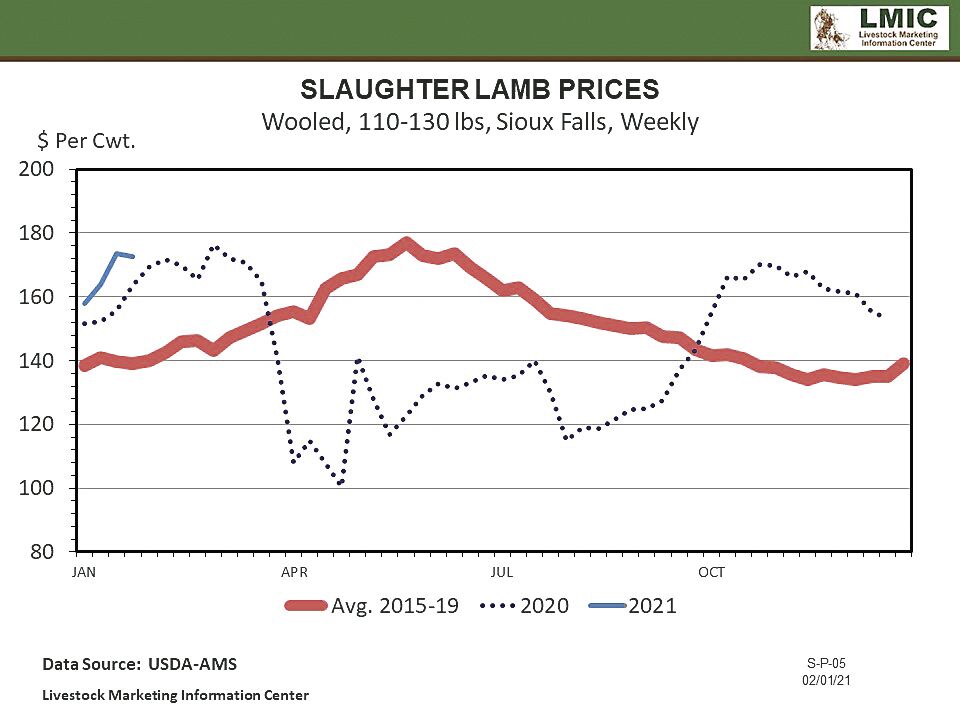 Drought continues to persist over much of the West, and hay and pasture competition between cattle and sheep continues to increase. The upward trajectory of the price of corn is also influencing the cost of feeding out lambs for market.

Tyler Cozzens, Livestock Marketing Information Center agricultural economist, told WLJ feeder lamb prices have remained high. The three-market average between Colorado, South Dakota and Texas has persisted at over $250/cwt—a price not seen in several years. The same can be noted on the slaughter lamb side of things. Prices in Sioux Falls, SD, have remained above $160/cwt.

Cozzens said these higher prices are being driven by tighter meat supplies, “which is interesting, because we’re actually seeing lambs on feed that are very similar to prior years’ levels. So there’s definitely lambs coming through the supply chain.”

He noted he thinks the lamb plant closure in Greeley, CO, played an impact on supplies, and the industry has been waiting to see how the closure would play out. Some producers likely made the decision to hold back lambs instead of marketing them, and so there has been a slowdown in the slaughter pace of lambs since August, when the Mountain States Rosen plant closed.

Since August through the end of January, slaughter levels have been 7 percent lower each week, Cozzens said. This accounts for about 2,500-3,000 fewer head per week. He estimated this is about how many lambs the Mountain States Rosen plant in Greeley was slaughtering. Since the end of January, slaughter levels have increased a bit and are now about 5 percent behind, around 1,500 fewer head per week.

Cozzens predicted the upward tick in slaughter is likely due to the Colorado Lamb Processors lamb plant in Brush, CO, coming online in recent weeks. The new Double J Lamb plant is also coming online, although Cozzens hadn’t yet received a good indication of what its numbers will account for. However, with Easter on the horizon and earlier in the month this year, it’s going to be a tight timeline for new plants to ramp up their slaughter to account for increased demand.

The five-month trend of lower slaughter prices has not only led to lower available meat supplies, but has driven up the lamb cutout value to record-high numbers. The cutout reached $407/cwt in December, which is the highest price ever recorded in 25 years.

“That gives you an indication of what’s really kind of going on in the market,” Cozzens said. “Supplies are probably tighter than what we’ve realized, even though they’re still getting lambs through the supply chain.” Cold storage stocks are also the tightest they have been in three years.

With such a high cutout value, import markets like Australia are also more likely to ship their supplies here.

Cozzens also added with the cutout value so high, and restaurants and other retail locations mostly shut down from COVID-19, he thinks more consumers may be eating lamb at home.

“I think consumers have pivoted because of the COVID situation and have started to figure out how to cook it at home.” — Anna Miller, WLJ editor

A time to kill: Small slaughterhouses booming amid the pandemic

The beef supply chain was severely impacted by COVID-19 in 2020. Small plants and meat lockers were suddenly faced with a surge of new consumers coming directly to the source for their meat products.