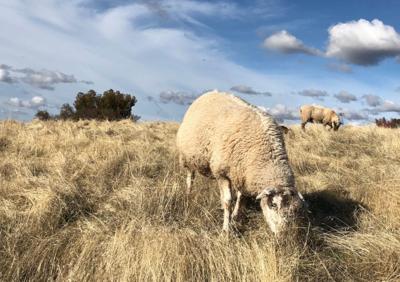 Producers in the U.S. often face a shortage of domestic workers who are able, willing, and qualified to fill seasonal jobs. This is especially true for Western sheep ranchers who need herders for large flocks on range pastures and competent help during lambing season.

Recent changes to the H-2A program might exacerbate the problem.

The H-2A program was created to meet the need for seasonal and temporary labor. Since very few people in the U.S. want to do, or are capable of doing, the kind of work the sheep industry needs, the most dependable and competent sheepherders often come from other countries—and many of them return for multiple contracts with their current employers.

The H-2A program has provisions that apply to sheepherders that allow for minimum absence because of the uniqueness of their job.

“The 364-day visa for sheepherders dates back to the Immigration and Nationality Act of 1952, which created the H-2 program,” said Monica Youree, executive director of Western Range Association (WRA) of Twin Falls, ID. “The Department of Homeland Security H-2A regulations define a ‘temporary need’ as lasting not longer than a year for any given visa.”

The WRA works with state sheep organizations and their members, helps facilitate communication with the government, handles some of the H-2A requirements and tries to help resolve problems.

“The Department of Labor insists that travel for each herder, to and from their home country, is provided, and the WRA helps facilitate compliance on this aspect of the regulation—with their members purchasing these tickets,” she explained.

The H-2A program was meant to help these employer-employee partnerships continue, but in recent years things have changed through regulations and lawsuits.

“The industry provisions for herders on the range were administered through Training and Employment Guidance Letters (TEGLs) through the Department of Labor (DOL). In 2015 the DOL wrote new regulations for the range provisions to replace the guidance letters,” Youree explained.

Those new regulations were quickly challenged in court. The Hispanic Affairs Project and four herders brought suit against the DOL. The suit, “Hispanic Affairs Project v. Acosta,” challenged the DOL and Homeland Security’s 364-day certification period for H-2A visas and the practice of automatically extending “temporary” H-2A petitions for multiple years. It challenged the DOL’s decision in the 2015 rule to classify herding as “temporary” employment and allowing workers to stay for multiple 364-day periods.

The lawsuit claimed that such visas are only supposed to be issued for temporary or seasonal worker needs, but the agencies often allowed employment of herders on H-2A visas for year-round, non-seasonal work lasting for up to three years at a time. The Hispanic Affairs Project challenged the certification period, and the agencies’ practice of routinely extending those visas.

The court ruled otherwise. “In August 2018, the D.C. Circuit Court of Appeals ruled in favor of the DOL, stating that the wages were appropriate as related to the minimum wage rate aspect of the case,” Youree explained.

The U.S. Citizenship and Immigration Services (USCIS) on Nov. 14, 2019 published a policy memorandum (PM) and “Guidance on H-2A Petitions for Sheep/Goat Herders.” The PM was issued in response to the lawsuit by worker advocates challenging USCIS adjudications of H-2A sheep/goat herding petitions and the D.C. Circuit’s order.

According to the PM, petitions from employers seeking to hire H-2A sheep/goat herders for 364-day back-to-back periods (or similarly lengthy, consecutive periods for the same job duties) with no meaningful break between them will not be approved if the petitioner cannot prove a temporary or seasonal need for the workers. The PM claimed this will ensure H-2A regulations are consistently and properly applied, and that the wages and working conditions of similarly situated U.S. workers are not depressed by the employment of H-2A temporary workers.

“Effective June 1, 2020, USCIS will adjudicate any Form I-129 Petition for Nonimmigrant Worker filed by petitioners seeking H-2A sheep/goat herder positions in line with this PM. USCIS believes the future effective date allows H-2A petitioners to amend their practices, as necessary,” states the PM.

Youree said the most significant changes in the H-2A program that are coming are the result of the Hispanic Affairs Project v. Acosta lawsuit.

“The 364-day visas for herders will be going away as of June 2020. We’ll have to start filing visas for seasonal time frames, which we expect will be about 10 months. We will have to defend the seasonality of the job. The intent of the program is to not have year-round non-seasonal ongoing workers. We’ll need to prove the seasonality of each of the jobs we apply for, and the same worker could potentially fill each of those jobs.”

During the past decade, the USCIS’s three-month out-of-country stay requirement forced many ranchers to send men home before the 36-month work period was over. Most herders arrived the first of March for shearing and lambing but in order to meet the out-of-country stay and allow time for the new visa to be processed these men had to return to their own country the preceding November.

Visas for the employees can be another headache. Ranchers must be proactive and know when the visas expire. The WRA advises their members to plan ahead, expect the paperwork (on the government side) to be slow, to call frequently, and submit all requests for new visas, travel, cancellations, etc. in writing—and confirm with the office that all records match.

“All of agriculture is struggling with labor issues and the H-2A program has been a help for agriculture, but the increased regulation and red tape makes it harder, not only for big employers but also small operators who are unable to find the one or two guys they need,” Youree explained.

“This change will involve more record-keeping, and the regulations just keep growing,” she explains.”

She noted that there is some proposed legislation—H.R. 5038, the Farm Worker Modernization Act—that could add an avenue for a year-round worker. The bill passed the House in early December 2019 with mild bipartisanship, mostly supported by House Democrats.

This legislation was actually brought up by the dairy industry but would also benefit sheep ranchers. If this legislation passes, it may give some relief from the changes spawned by the lawsuit.

Youree noted that, when ranchers find good, dependable help, they want to be able to keep that worker. It’s difficult to find good help; turnover in this business is expensive—to train someone new. — Heather Smith Thomas, WLJ correspondent

Guest Opinion: The adverse effect of the H-2A wage rate

Farming faces obstacles as it is, but finding farm labor with tough labor restrictions can make it an even more difficult occupation.