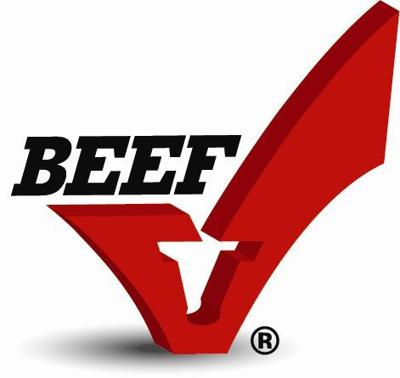 The battle against the Beef Checkoff program has raged on, but has been halted for the time being. Montana Magistrate Judge John Johnston issued a summary judgment Jan. 29 in favor of the government in the case R-CALF v. Perdue.

On Jan. 29, the magistrate judge granted summary judgment to the government and 15 associated state beef councils.

“We are pleased with today’s opinion, which allows state beef councils to continue the important work of beef promotion and research,” said Colin Woodall, National Cattlemen’s Beef Association (NCBA) CEO, in a released statement. “Although this case is far from complete, this was a crucial step toward ensuring state beef councils retain the important ability to direct their investments at the grassroots level.”

The decision will now be sent to the federal district court for a final ruling, where either party can appeal the district court judge’s final opinion. This process could take several months or longer.

“The Beef Checkoff continues to provide important benefits for cattle producers in the form of research and promotion that returns nearly $12 for every dollar invested in the program. The Beef Checkoff is weakened, and the benefits it provides our industry are put in jeopardy, by lawsuits such as this one,” said Woodall. “We’re committed to defending state beef councils from these attacks and ensuring producers at the grassroots level continue to determine how checkoff dollars are invested in their states.”

In response to the judge’s summary judgement, an R-CALF press release said despite the setback, there is “no question that [R-CALF CEO Bill Bullard’s] group’s lawsuit has achieved reforms over the Beef Checkoff’s operations.”

Bullard said the USDA and the 15 beef councils “realized they had been caught violating the constitutional rights of cattle producers and scrambled to correct their violation,” in the form of entering contractual agreements.

“Bullard said their strategy, which unfolded well after the lawsuit was filed, was an attempt to convert the council’s heretofore private speech into government speech, in hopes they could correct their decades-long violation of the Constitution,” according to the press release.

We will now submit

“We will now submit our formal objections to the U.S. federal court judge and trust he will analyze this issue carefully.”

He alleges they did this in the form of memorandums of understanding (MOUs) between USDA and the 15 state councils, which gives the USDA final say over each of the council’s promotional materials.

“We continue to disagree that the execution of these 15 MOUs is sufficient to remedy the USDA’s 30-plus years of violating the Constitution,” said Bullard adding, “We will now submit our formal objections to the U.S. federal court judge and trust he will analyze this issue carefully.”

Bullard concluded the lawsuit caused USDA to issue a final rule to allow cattle producers in every state to redirect their mandatory checkoff dollars away from state beef councils that “fund the activities of third parties, like the NCBA and the U.S. Meat Export Federation, two entities that continually lobby for the consolidation of the U.S. cattle industry.”

In the lawsuit, R-CALF argued that although the federal government mandates all ranchers pay $1 per head of cattle to promote beef consumption, the government has failed to properly regulate how the money has been spent, according to R-CALF’s legal counsel Public Justice.

A final ruling will come in the upcoming months to determine the future of the Beef Checkoff program. — Anna Miller, WLJ editor

Guest Opinion: The reality of the Beef Checkoff

There’s been a lot of conflicting claims about what the Beef Checkoff Program can and can’t do. CBB CEO outlines the history and capabilities of this 34-year-old program.