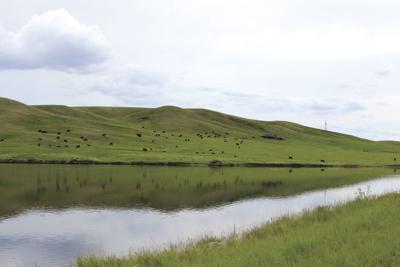 A notice of intent to file a lawsuit was filed by the Center for Biological Diversity (CBD) in mid-March stating their intent to sue the U.S. Forest Service (USFS) and the U.S. Fish and Wildlife Service (USFWS) for allowing livestock to graze on Arizona’s Verde River and its tributaries and streambanks.

Gaither Martin, executive vice president of Arizona Cattle Growers’ Association, indicated to WLJ that ranchers did not have cattle in the Verde River for a long time. Martin stated it was probably wild, unbranded cattle, and CBD assumes that ranchers are moving against the injunction.

The notice accuses the USFS and the USFWS of not upholding the terms of a 1998 settlement in a separate federal case, in which they were instructed to “exclude” cattle from grazing along some rivers and streams on allotments within the national forests. As part of the settlement, fences went up shortly to keep cattle off waterways.

The notice of intent is in addition to a lawsuit filed by CBD in January regarding grazing in the Gila River area, including the Apache-Sitgreaves Forest in Arizona, as well as two others in New Mexico.

“Groups like CBD sue to force agencies to accept their oversight, then babysit the federal bureaucrats for years, until they’ve cobbled together enough unverified, agenda-driven, junk science to sue again,” said MSLF Attorney Brian Gregg in a press release. “If they succeed, they often end productive use of these lands entirely and collect attorneys’ fees from U.S. taxpayers.”

Along with the notice, CBD published a report of citizen-led field surveys conducted in 2019 that showed cattle grazing in areas along the confluence of the Verde and East Verde rivers and Fossil Creek.

“This pipe dream that they are going to keep every animal imaginable out of riparian areas is not [going to happen],” said Martin. “You have wildlife concerns. You have wild horses, wild cattle. You have a whole lot of other entities out there that are going to get into these riparian areas and affect wildlife and grass that have nothing to do with domestic ranching. However, the Center does not make a distinction between those two.”

Before the lawsuit, CBD organized several presentations showing pictures taken by volunteers while conducting field surveys in the Gila National Forest in New Mexico and the Apache-Sitgreaves National Forest in Arizona. The areas surveyed are considered critical habitats for endangered or threatened species like yellow-billed cuckoos, Gila chub, Chiricahua leopard frogs and northern Mexican garter snakes, among others.

During one presentation at the Natural History of the Gila Symposium on the campus of Western New Mexico University, Joe Nelson, a Catron County rancher with a grazing allotment in the Glenwood Ranger District, was in attendance. Nelson indicated that his cattle operation wouldn’t be affected by the ongoing lawsuit but said that fellow ranchers with cattle on neighboring allotments might be.

“There’s already been a right to use the river that has been there with the allotment, and they take someone’s right away—it should be illegal to shut you off the river, that’s the truth of the matter,” said Nelson. “I’ve got neighbors on both sides that have a bunch of areas that they aren’t allowed to use,” he said. “Several operations used to depend on the river when things are hot and dry, and you need some small water lane to let cattle get a drink but doesn’t let them get up and down the river.”

The USFS and the USFWS have until April 16 to file a response to CBD’s notice to file.

In 1997, a USFS report found that 85 percent of 119 riparian monitoring points on the Gila National Forest rated “unsatisfactory.” The study gave weight for environmentalists to file a legal suit, which argued that the USFS had failed to consider the effects of grazing on seven imperiled species, including the Southwestern willow flycatcher, the Mexican spotted owl, and the spikedace and loach minnows. The USFS had no choice but to settle the issue.

Signed in April 1998, the legal agreement between two environmental groups and the USFS forced the removal of as many as 15,000 cattle off 230 miles of rivers and streams across Arizona and New Mexico. The agreement affected more than a dozen rivers and streams, “including the Gila, San Francisco, Blue and Verde Rivers, and covered 75 federal grazing allotments.” It forced ranchers to fence off cattle from the rivers and, in some cases, to dramatically cut herds. All told, it was one of the largest, if not the largest, single exodus of cattle in the post-Taylor Grazing Act history of federal land management. Ranchers viewed the settlement as a “backroom deal” designed to throw out the area’s “custom and culture.”

Shortly after the agreement, fencing was installed with the assistance of appropriations by congressional delegations. According to the USFS’s Chuck Oliver, it was “one of the worst things that could happen to ranchers.” Despite water gaps at various points to allow cattle to drink, and the rest of the rivers fenced off, elk were vaulting over the top, and cattle were breaking through fence holes.

The USFS, environmentalists, and ranchers agree fence-building is expensive, particularly in the remote areas of the Gila National Forest, where many of the allotments named in the report are located. The Taylor Creek Allotment, for example, is partly inside the boundaries of designated wilderness areas where mechanized tools and transportation are prohibited, making fence repair a time-consuming process. Nelson states that some of the fences are over 30 years old, and the USFS requires ranchers to fix them as part of the contract.

Officially, the 1998 settlement agreement to get cattle off the San Francisco and other Southwest rivers expired in fall 1999, when USFS and USFWS finished the required endangered species studies. According to surveys conducted, the numbers of willow flycatchers have increased minimally. On the Upper Verde River, spikedace and other native fish counts have plunged since cattle were removed by the Forest Service in the mid-1990s due to a lack of flooding. However, because the studies urged that the livestock exclusion continue, nothing has changed. — Charles Wallace, WLJ correspondent