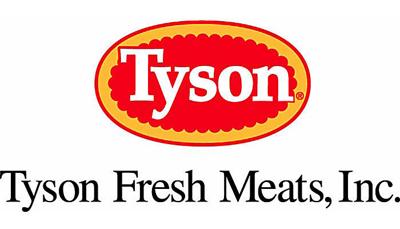 The beef industry is feeling uncertain and fearful in response to one of the country’s lead beef processors losing production numbers for the time being.

A Tyson Foods beef plant in Holcomb, KS was struck by flames on the evening of Friday, Aug. 9. Although the facilities weren’t completely destroyed, the plant will be down for an indefinite amount of time.

The fire was sparked following routine welding maintenance in the box shop that supports the harvest area, however the exact cause is still being investigated, a Tyson Foods spokesperson told WLJ.

“This is a difficult time for our team members and their families, and we want to ensure they’re taken care of,” said Steve Stouffer, group president of Tyson Fresh Meats.

Employees were notified that they will continue to be paid weekly until normal production resumes. Until then, team members will be asked to assist in clean-up and other projects, but full-time active workers will be guaranteed full 40-hours’ pay regardless of the hours worked.

“We do not have a specific timeline at this point, but we know that it will be a matter of months, not weeks, until we are at full production again,” the spokesperson said. “During a gathering in Garden City on Wednesday [Aug. 14], both Tyson Foods President and CEO Noel White and Tyson Fresh Meats President Steve Stouffer reinforced the company’s plans to remain in the community and rebuild.”

The company has six Kansas plants, employing more than 5,600 people across the state. The Holcomb facility employs a total of 3,800 team members.

“NCBA requests you provide an emergency declaration suspending Hours of Service for drivers hauling live cattle for a period of at least nine months while the plant is being rebuilt,” one of the letters said to Raymond Martinez, administrator for Federal Motor Carrier Safety Administration in the U.S. Department of Transportation.

The letter claims the loss has caused significant disruptions to the industry due to uncertainty about where cattle will be processed. The Holcomb plant processed up to 6,000 head per day, or 6 percent of total one-day U.S. fed cattle processing capacity (about 99,500 head).

“The cattle scheduled to be processed at the Tyson plant cannot remain at the feedyards for months on end,” the letter read. “In order to protect their welfare, these cattle must be processed immediately.”

“While we expect other processing facilities to take more cattle, the shortfall created by the Holcomb fire will be incredibly difficult to make up based on the current packing infrastructure,” NCBA said in the letter.

“We request that [Animal and Plant Health Inspection Service] and [Food Safety and Inspection Service] inspectors, along with [Agricultural Marketing Service] graders, be provided the flexibility needed to move to other plants and work expanded shift hours, including weekends, in order to help the packing segment of our industry process the cattle headed to harvest.”

The letter concludes with asking for Packers and Stockyards Division staff to be diligent in protecting the industry from any capitalization on the current market situation.

In a final letter, NCBA reached out to Heath Tarbert, chairman of the Commodity Future Trading Commission (CFTC).

“On Monday [Aug. 12], the first trading day following the fire, CME Group’s live cattle and feeder cattle futures were down the limit,” the letter begins. “We are asking that the CFTC keep an even closer eye on the cattle markets to ensure that no market participant tries to use the uncertainty to manipulate or illegally take advantage of the situation.”

NCBA concludes that with “all the other market challenges our industry is facing, we cannot afford to have markets that don’t work.”

Kansas Gov. Laura Kelly (D) also responded to the incident, saying, “Our agencies are prepared to coordinate support for Tyson and its workers as needed during this challenging time.”

Kelly asked for Secretary of Commerce, David Toland, and Secretary of Agriculture, Mike Beam, to meet with Tyson representatives to coordinate support from the state.

“We’re taking steps to move production to alternative sites,” Stouffer said. “Tyson Foods has built in some redundancy to handle situations like these and we will use other plants within our network to help keep our supply chain full.”

Tyson Foods is the biggest beef packer in the U.S. and accounts for 29 percent of fed cattle packing capacity in the country, according to CME Groups’ Daily Livestock Report. With the fire putting the Holcomb plant out of production and the possibility of spoiled beef in the coolers, this could represent a large amount of beef that may not enter commerce.

CME said the short-term effect means supplies may be limited in the spot market, resulting in higher prices to ration demand or cause other packers to run additional shifts. Low spot market supplies normally result in a bidding war, which will now be amplified by Labor Day demands.

Impact on fed cattle prices will most likely be negative, but the extent depends on the time out of production. CME emphasizes it will be necessary to adjust the flow of cattle through the entire supply chain, which will result in higher prices at the consumer level and lower prices at the producer level. — Anna Miller, WLJ editor

After a devastating fire destroyed a farm-to-fork meat processing plant, plans to rebuild and continue serving as a local meat processor and supplier have been announced.