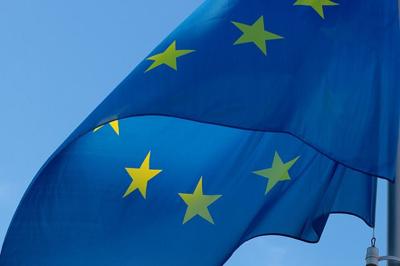 A moment of truth in the trade talks between the U.S. and the European Union (EU) is about to arrive.

With a March 18 deadline looming, the EU is scrambling to ward off increased tariffs on its Airbus exports. There’s good news for U.S. farmers and ranchers: The EU is finally hinting at concessions on agriculture issues. The less good news is it’s still doubtful a meaningful deal can be done.

I admit I have been a doubter since the U.S.-EU talks began in earnest seven years ago. Why? Because the U.S. insists the EU lower its barriers to U.S. agricultural products and the EU for political reasons can’t do that; the popular backlash in Europe against ag technology, from chlorinating poultry to genetic engineering, is just too strong. At one point early in the negotiations the EU was pushing big ag demands on the U.S. while refusing to talk about ours.

When President Donald Trump threatened 25 percent tariffs on European cars two years ago, the EU bought him off with promises of new trade talks. The EU made vague promises of soybean purchases and progress in beef negotiations but otherwise insisted agriculture issues still weren’t on the table. As recently as last summer, the two sides were still negotiating over whether to negotiate about agriculture.

Suddenly, after all this, the EU Trade Commissioner Phil Hogan says he is preparing a “mini-deal” that he hints would, sort of, maybe, include agriculture. Maybe a promise to speed up the EU’s approval process for GMOs. Maybe some purchases of, oh, clams, peanuts, apples, pears, tallow even. Well, maybe not in the main deal but perhaps in a side agreement. The reports have been sketchy.

Offhand, these hints don’t sound like they would make much of a dent in the U.S. $15 billion trade deficit with the EU. Tallow? Still, the abandonment of “no negotiating on agriculture, ever” is welcome.

Two things seem to have nudged the EU toward this concession. One is the administration’s continuing threat of 25 percent tariffs on EU auto exports. The other is the March 18 aircraft deadline. The U.S. could have raised its tariffs on EU aircraft exports to 15 percent from 10 percent earlier; the U.S. won a World Trade Organization (WTO) case last October over the EU’s Airbus subsidies. Instead, the Trump administration last month gave the EU 30 days to negotiate a solution.

As the EU has yet to reveal its proposal, I’m trying not to be too dismissive. It sounds like it will be too little too late, but who knows? Maybe they’ll surprise me and offer something real. Or maybe our trade negotiators will find reasons to buy a mini deal. (One possible reason, though admittedly a stretch: The WTO is hearing an EU complaint against U.S. subsidies of Boeing that is likely to go against the U.S. Given that company’s current fragile state and its importance to the U.S. economy, the administration may decide that the leverage from the Airbus decision is limited.)

Despite Hogan’s attempts to sound flexible, a Politico report from Europe underscores that the EU’s political maneuvering room remains constricted. “Either the EU opens up its market in a significant way to U.S. farm goods, or it doesn’t,” the report observes. “Commission officials, EU diplomats and politicians in Paris, the Hague, Stockholm and Berlin contacted for this article all agreed on one thing: Getting a deal across the finish line in the next few weeks will take some major bluffing. What they did not agree on is who was being tricked: Trump, or European citizens.”

Americans can argue about whether the EU “tricked” Trump two years ago with its ephemeral talk of soybean purchases. Even if he was tricked, the odds of it happening again seem low. The bottom line is this: The EU will be hard-pressed to give significant ground on the ag issues that matter most to the U.S. Do we really think U.S. negotiators will buy a phony deal?

I will be happy to be pleasantly surprised on March 18. For now, doubts about this happy talk from Europe remain very much in order. — Urban Lehner, DTN editor emeritus

Still, the abandonment of “no negotiating on agriculture, ever” is welcome.