Sign Up
Log In
Purchase a Subscription
You are the owner of this article.
Edit Article Add New Article
You have permission to edit this article.
Edit
Welcome, Guest
This Week's Paper    |    Markets
News
Publications
100 Years
Markets
Classifieds
Sale Reports
Community & Events
Livestock Tours
Contact Us
Subscribe Now
Share This
1 of 4 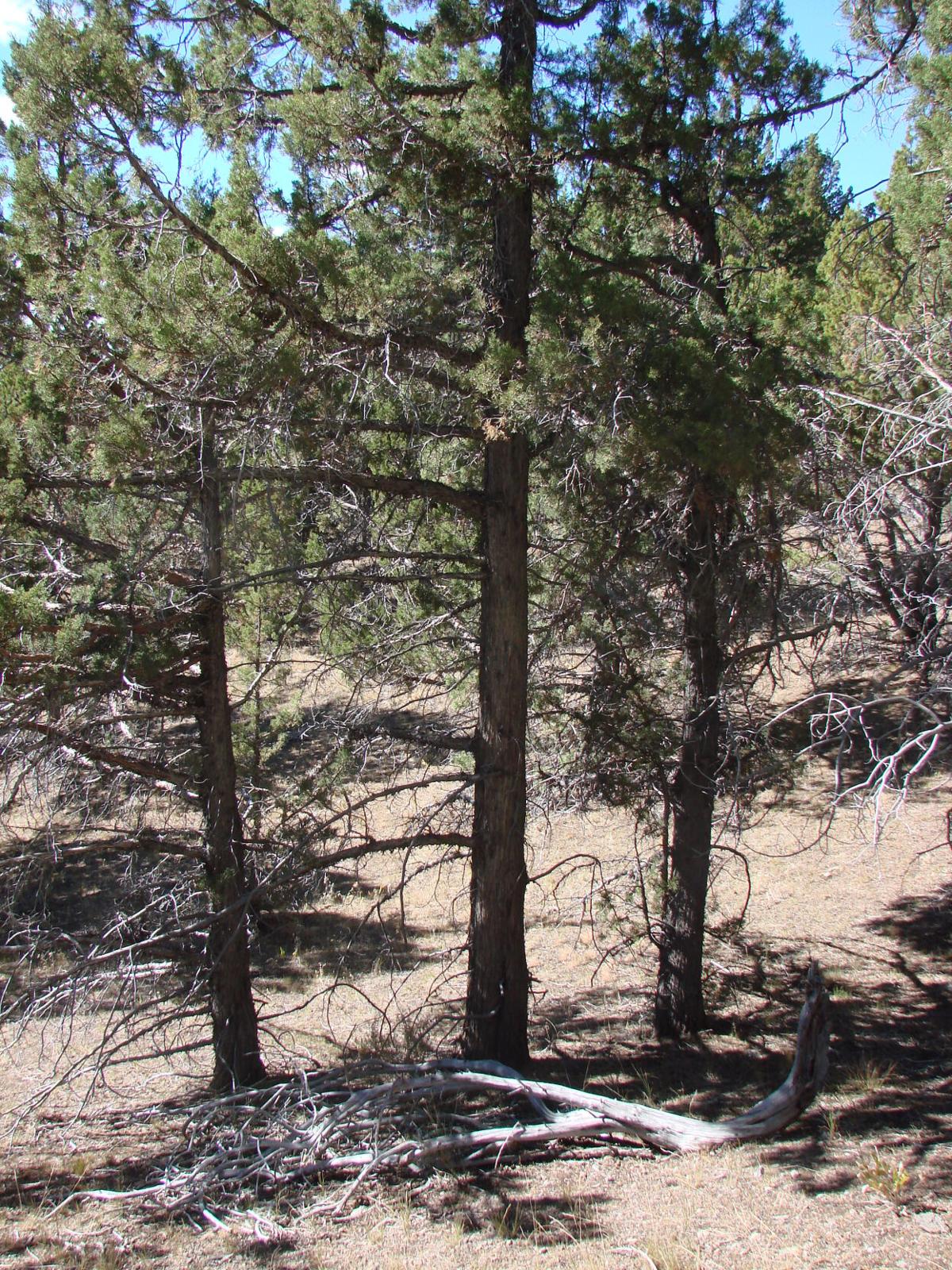 Juniper encroachment has vastly altered ecosystems in the West. Pictured here, a juniper woodland with a loss of understory. Photo by Dr. Kirk Davies. 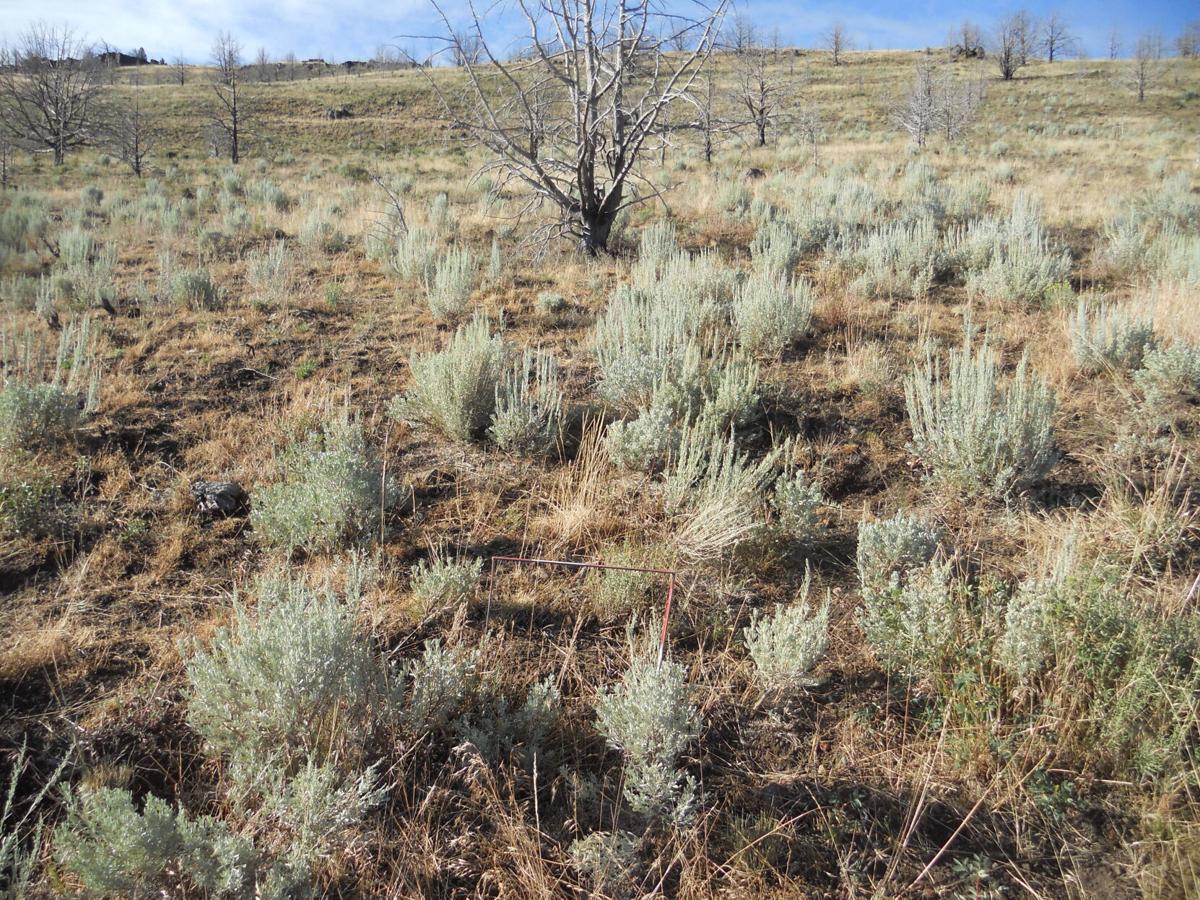 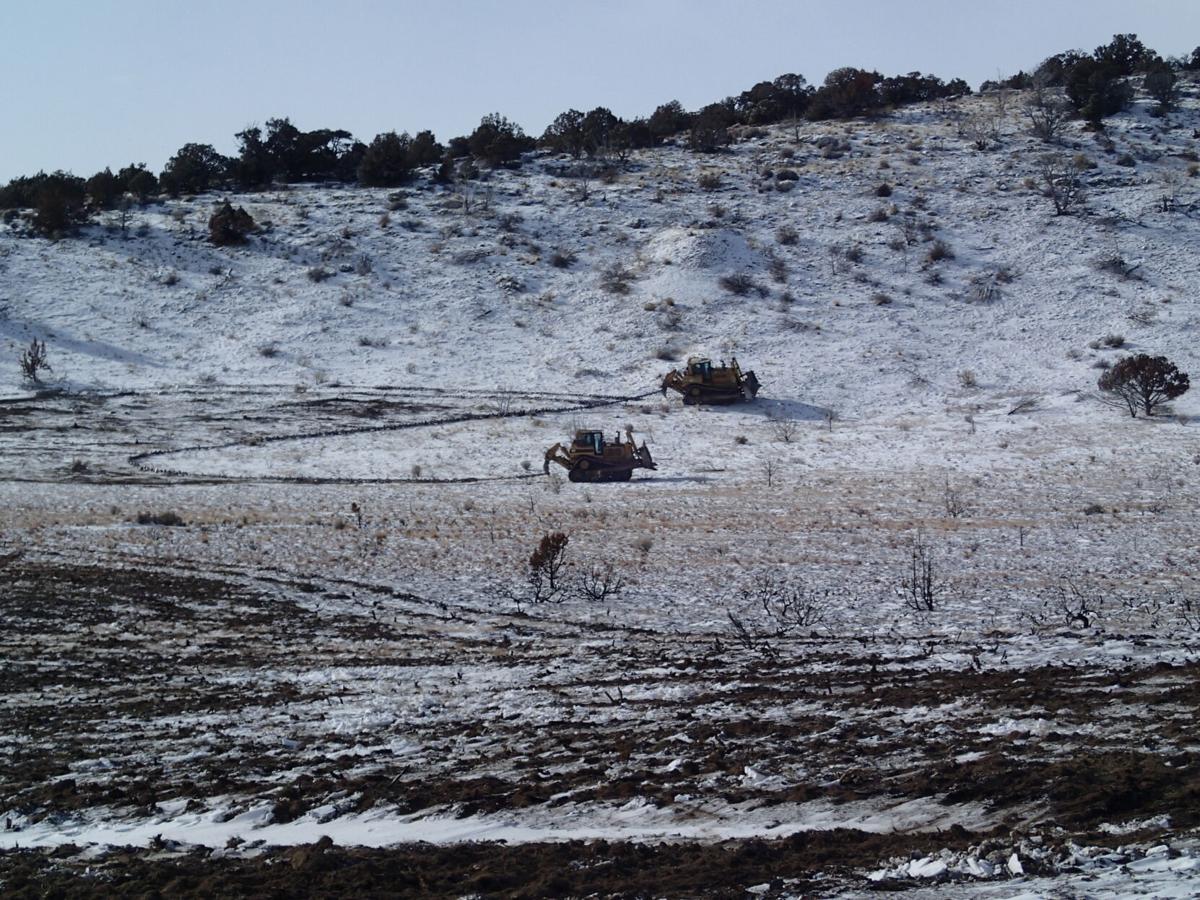 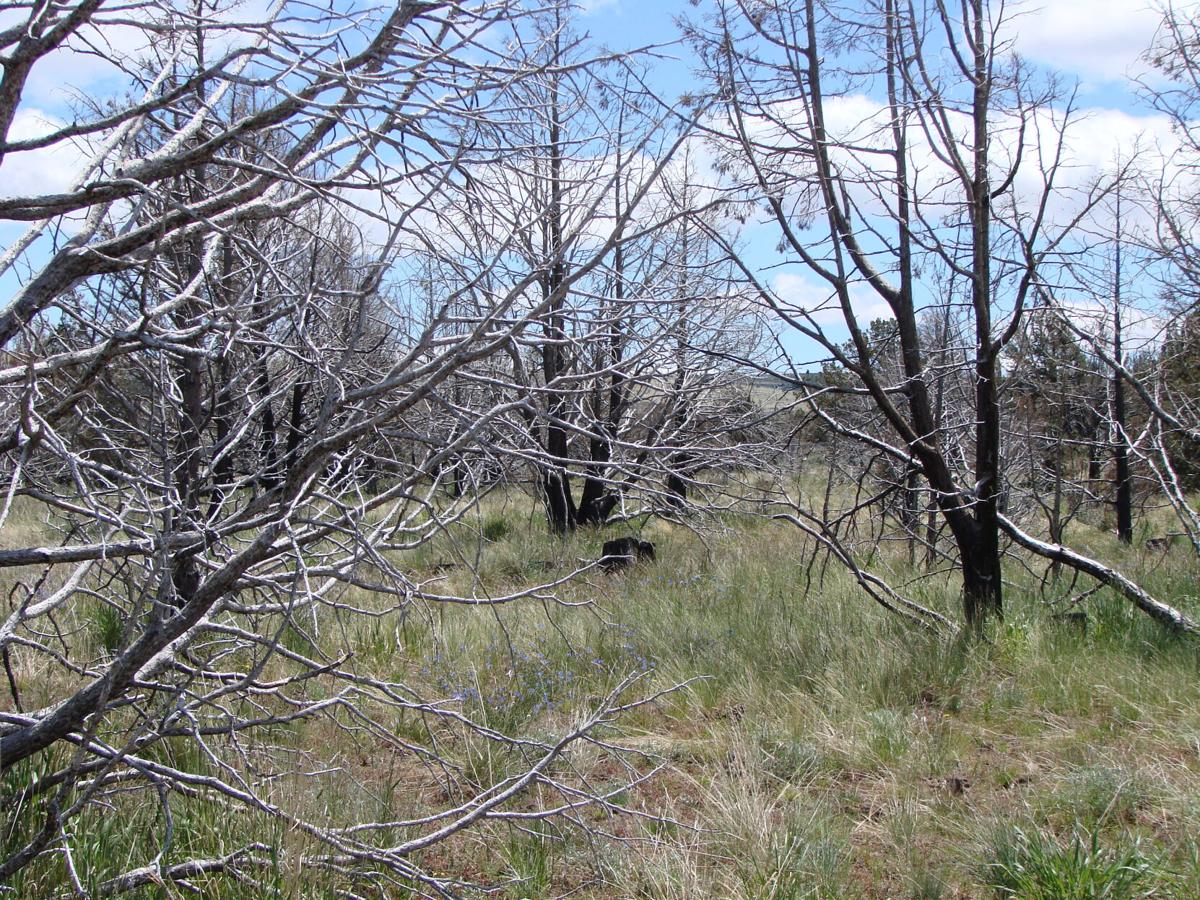 There are several kinds of juniper in the arid West, crowding out other native species like sagebrush and forbs/grasses. Decades of fire suppression allowed them to dominate vast areas and now many range managers are removing juniper to restore ecologic balance.

“Early on, a common strategy was mechanical treatments like cutting the trees. Chaining was an early method, still common in Utah,” said Davies.

At times these trees reestablished quickly, so range managers started burning after cutting. “It’s sometimes hard to have enough continuous fuel to carry a fire through the trees. Large junipers don’t have much understory; ladder fuels are gone. But cutting every other tree or every third tree enables an effective prescribed burn when weather conditions are right. One of the projects on Steens Mountain was over 70,000 acres—an area that had essentially lost sage grouse and mule deer habitat,” he explains.

Then there was pushback against burning. “Some people think it’s a more severe ecological disturbance that leads to invasion by annuals—cheatgrass, medusahead, etc. Burning also removes the remaining sagebrush,” says Davies. The sagebrush-grass mix is necessary for sage grouse.

“Our research showed that in the short term there’s loss of sagebrush, but over the long term, fire gives us a longer period of time in which plant communities are not invaded by juniper. We looked at whether fire was better than cutting and we’ve seen annual grasses come in after cutting, too,” he says.

“We looked at 77 sagebrush-steppe sites that had past treatments by the Bureau of Land Management (BLM) and private landowners. Some sites were cut and some were burned. We found that burning resulted in much more control. Cutting misses some of the smaller seedlings and doesn’t get rid of the seedbank.” Juniper simply regrows, whereas burning wipes out small seedlings and reduces the seedbank.

“Annual grasses can invade both types of treatment areas; it has more to do with site conditions than type of treatment.” Sites that are hot and dry, such as south-facing slopes, tend to have annual grass invasion regardless of the treatment used.

Burning, even though sagebrush is lost in the short term, resulted in sagebrush-dominated community for a much longer time. The sagebrush came back slowly but with juniper out of the picture longer, sagebrush cover could increase.

“We published the study results in 2019, concluding that we probably need to cut some areas to maintain sagebrush habitat in the near future, but for more sagebrush habitat and productive rangeland instead of juniper woodlands, fire must be part of the equation, and is also much cheaper that cutting,” he said.

“The Natural Resources Conservation Service (NRCS) Sage Grouse Initiative (SGI) wants to immediately increase sage grouse, so it makes sense to cut juniper out of areas that still have some sagebrush, but there are many areas that have so much juniper that even if you cut it all, you still don’t have enough sagebrush,” says Davies.

“We did another study, seeding sagebrush on certain sites after burning, and obtained high sagebrush cover levels in two years, if we seeded it into these areas after burning.

“We may need multiple options to address a problem that’s been developing for more than 100 years. We need to take a longer view, to reverse this trend,” Davies said.

Nathan Long, habitat restoration biologist with the Utah Division of Wildlife Resources, oversees juniper control projects in northern Utah where many areas are a mix of public and private land.

He works with the Watershed Restoration Initiative (WRI), a partnership-based program in Utah to improve high-priority watersheds throughout the state. WRI has done projects in partnership with BLM, U.S. Forest Service, state school trust lands, NRCS, and others.

“These various groups have ideas for projects to control juniper and I manage the contracts and help develop the projects. We do the best we can for wildlife and livestock producers at the same time; almost all the ground we treat is either privately-owned and grazed or part of a grazing allotment.”

Long also works with a grazing improvement program. “We can do good things with wildlife interests and livestock producers working together. The University of Nevada-Reno has some fascinating research about how removing juniper raises water tables and improves the watershed,” he says.

“Junipers have gradually encroached, changing the ecosystem. They are not dramatically invasive like cheatgrass, but have expanded their range and numbers. A rancher in Park Valley whose ancestors were some pioneers in that area has an old journal from his great-great-grandfather. There’s an entry stating he had a hard time finding a tree to tie his horse to. Now that area is so overgrown with juniper I have a hard time riding through all those trees!” Long says.

“We’ve had success with various control projects like chaining, and bull hogs. The latter are on a front-end loader on a tractor or excavator/track-hoe; the bucket has been replaced with a mulching head that shreds the larger trees,” he explained.

Juniper is classified in three phases—small early growth, mid-size, and large mature trees. “The bull-hog shredder is for trees in late phase 2 and phase 3 in juniper stands where understory has been degraded; the trees have taken all the water/nutrients so there’s nothing else growing,” he says.

Seeding of other plants is done before treatment, and the machines work the seed into the ground while removing the trees. “The only time this fails is when we don’t have spring moisture following treatment.”

Phase 1 juniper (small trees) where understory is in good shape are often cut down. “We send in guys with chain saws to cut those trees and scatter branches. This ‘lop-and-scatter’ is the most cost-effective method and those trees don’t mature and crowd out the understory,” says Long.

Chaining involves two large bulldozers, about 50 feet apart, dragging a huge ship chain between them, mowing down/uprooting everything in their path. “We may leave a few patches that someone’s cows use for shade. We also leave corridors for wildlife travel along a ravine to facilitate deer movement without exposure to predators,” he says.

“We partner with NRCS programs like EQIP [Environmental Quality Incentives Program] and SGI and work with ranchers to cost-share part of the expense, and augment the seed mix so it’s beneficial to both wildlife and cattle,” Long says.

“I facilitate state of Utah contracting for competitive bids. Landowners are not left with a huge cost; the NRCS provides x amount of dollars. We can combine different federal agencies under one contract, even though funding sources are different, and capitalize on economy of scale.

“The contractor bids on maybe 2,000 acres rather than just 100 acres to bull hog, making it less expensive per acre,” says Long.

Editor's note: Upon reading this story, WLJ reader James Hill reached out to the editors to share a few other tips regarding juniper encroachment. Hill resides in Monterey, CA, and owns NorthTree Fire. The company "provides mobile logistical support trailers for incidents ranging from wildland fires to railroad incidents."

Hill offered two other strategies some ranchers may not be familiar with:

1. Cut the trees down and make fence posts, and then sell the fence posts for $15-20 apiece; and

2. Burn the trees with a curtain burner.

A curtain burner is effectively a large dumpster that contains a fire and a fan blows air across, which forces particles to stay inside the dumpster. This is an effective measure for states such as California that often have fire bans and no burn days due to air quality issues. There are also curtain burners that run on tracks and can be remote controlled; making it easy for a one-person job. The burner generates char and puts it in a pile--and can then be sold as a soil amendment.

The Bureau of Land Management (BLM) announced in December it was withdrawing the decision to authorize grazing in the Iron Mask planning area in the Elkhorn Mountains northwest of Townsend, MT.