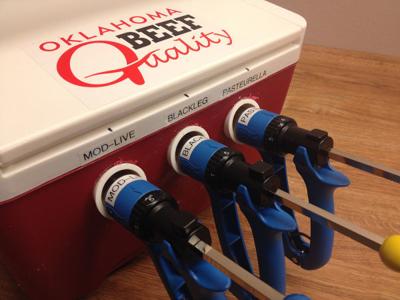 Two statements commonly spoken by market analysts and producers are: Beef is a differentiated product and global beef supply impacts domestic prices. These are so frequently quoted that we might forget how these two statements imply modifications in local risk management and production practices. So, how do these statements apply to a hypothetical foot-and-mouth disease (FMD) situation in the U.S.?

Let’s tackle these problems jointly. In this case beef differentiation comes in two forms. First, after an FMD outbreak, beef in the U.S. would be classified as “FMD-endemic” whereas other countries where FMD is not found would remain “FMD-free.”

This classification for U.S. beef implies exports could only go to places that are also classified as “FMD-endemic,” bypassing the current most profitable markets of Japan, South Korea, Mexico, and Canada. Since the U.S. is a large beef producer, the sudden increase in supply of beef on the FMD-endemic market would lower “FMD-endemic” beef prices.

Further complicating the matter is U.S. beef quality. In other words, producers would lose more since FMD-endemic countries would not be willing to pay premiums for U.S. grain-finished products, further suppressing price.

Given the amount of time some countries took to remove sanitary and phytosanitary (SPS) regulations placed on the U.S. after BSE, one might suspect that the length could be similar for a hypothetical FMD incidence in the U.S. For example, in January 2020, China finally agreed to lift age restrictions on beef imports that were placed in 2004 after BSE occurred…16 years after the incident.

So, what would happen if there were a hypothetical FMD outbreak in the U.S.? Agricultural economists have estimated different impacts which depend on the vaccine strategy, vaccination capacity, number of herds infected before vaccination occurs, and the vaccination range.

Under a situation where the U.S. chooses not to vaccinate, long-term producer losses to capital and management would be $93 billion. Under a “best case” scenario where cattle are vaccinated to live, 50 herds are vaccinated after 22 days, 10 herd infected before vaccination occurs, and a 25-mile vaccination radius, producers would still lose $33 billion.

This leads to a very important feature of the World Trade Organization SPS agreements—a principle known as regionalization. This principle states that if a foreign animal disease is found to be contained in a specific region and other regions can prove they have not been contaminated then “FMD-free regions” within a “FMD-endemic country” can continue to export beef products.

The U.S. already applies this regionalization principle to several major beef producing countries. For example, the state of Santa Caterina in Brazil is FMD-free and can ship fresh, chilled, and frozen beef to the United States even though the U.S. classifies Brazil, as a whole, as “FMD-endemic.” The U.S. thus requires beef originating from other Brazilian states to be heated prior to shipment to ensure the virus has been neutralized.

Once the U.S. could show they were “BSE-free” and taking preventive measures, countries dropped SPS measures imposed due to BSE and beef trade values gradually increased. The U.S. did not recover to pre-2004 trade levels till 2010, six years after the incident.

Market analysts have largely agreed that if traceability systems were in place prior to BSE, beef market recovery could have been accelerated. Thus, the damages due to FMD entering the U.S. would likely not be equally distributed across regions/states impacting profitability, and in some cases the viability of production, in both the short and long term.

The statement differentiated beef products and global supply impact domestic prices implies there are large incentives for regions/states to adopt traceability and secure beef supply plans as a production practice and risk management tool. However, the broader effectiveness of these tools will vary greatly by the adoption of these tools by neighbors. — Elliott Dennis, University of Nebraska-Lincoln livestock marketing and risk management economist

The USDA is interested in hearing from potential parties to develop a supply of foot-and-mouth disease vaccines in the case of an outbreak.