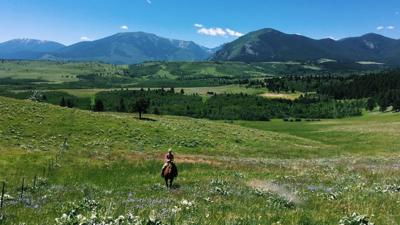 The Far West region of the U.S. is a hot spot for ranching and farming properties, with some of the best soil and climate available in the U.S. One of the biggest issues the region faces is having enough inventory to meet the demand of interested buyers.

Realtors in the region felt momentum for property sales pick up throughout 2019, and generally felt optimistic for steady 2020 sales.

The Far West region has seen steady increases in farm real estate values from 2015-2019. Value increased a combined total of 5.2 percent throughout the time period for California, Oregon and Washington, according to the USDA report.

The Far West region saw a fair amount of growth in value at 4.2 percent for the three states combined, according to the report. California led the growth at 7.1 percent, topping out at an average of $3,010 per acre. Oregon followed in terms of growth at 3 percent, bringing the average acre value to $750. Washington remained the same in growth as 2018 with a value of $766 per acre.

“The first six months of the year were really slow and the second six months were really good,” Todd Renfrew, owner and broker of California Outdoor Properties, summed up to WLJ. “We had our second-best year in company history last year, and most of it was all in the last six months.”

What made the second half of the year so successful? Well, if Renfrew knew, he’d be doing it every month, he said.

Lowell Ash, managing broker at Clark Jennings and Associates Inc. in eastern Washington, told WLJ the area rarely has a working ranch up for grabs. In the last 10 years, there has been a high demand for the ranch properties, with little inventory, resulting in a near-constant seller’s market.

Renfrew said there always seems to be something changing hands with debt, divorce and deaths occurring, and a lot of ranches in California are in escrow. A fair mix of buyers and sellers exist in the market, although California’s reputation for high prices and regulations can be a consideration.

“There are definitely people looking at other areas just because of the politics in California,” Renfrew said. “But there’s a ton of people buying here as well.”

In Oregon, Hawes said there have been a lot of willing sellers.

“We’ve seen a considerable move with sellers getting more aggressive and trying to find that market, that sweet spot,” Hawes said. “I’m encouraged that there’s a lot more willing sellers coming out that are really motivated to get something done, and there seems to be buyers that are willing to buy, but they are looking hard at value; not only what amenities they want on a property and location, but they’re pretty aware of the market and pay more attention to value on the buyer side.

“What’s not encouraging is we don’t have a lot of inventory of year-round cattle ranches,” Hawes said. “We seem to have more of a supply of seasonal grazing tracts.”

Ash said his area of Washington was a little bit slower for 2019, but the market has continued to be a seller’s market, with most properties sold at or near the original listing price. Most buyers are local farmers looking to enlarge their operations.

In terms of equestrian property in Washington, Herres said most sellers are people post-retirement or have family members coming out of the sport. Those buying have wanted the properties for some time and are looking for more of a side income. The biggest challenge for buyers is a limited amount of inventory.

One of the concerns when it comes to ranch property in California is fighting the conversion of agricultural land to orchards.

“It makes irrigated pasture very difficult to find,” Renfrew said. “So for summer grass, it’s harder for people to find that irrigated pasture because of the orchards. But it’s not as crazy as it was. It has definitely slowed down.”

“There’s regulations coming forward that will impact it even more, so it’s one of the most important things people look at.”

The Sustainable Groundwater Management Act was approved in 2014 and gave a Jan. 31, 2020, deadline for over-drafted groundwater basins in California to submit a plan for restoration. The implementation is likely to have an impact on water rights and usage.

Hawes sees a lot of optimism with the current state of the economy.

“I think ag is gaining some confidence that we’re going to get some good deals together with China, Mexico, and Canada,” he said. “There’s a little less fear out there that that’s going to all fall apart… The reports are for a strengthening cattle market, which helps.”

Hawes did note the influx over the past few years of people from California selling property to move to Oregon and buy ranchland.

“The ag folks we talk to from California are pretty much fed up with the California politics and the water issues, and just the general continuing trend of what’s happening in California,” Hawes said.

Oregon has its fair share of water issues as well, especially in the Klamath Basin.

“It’s just always having to explain that you’ve got a water right, and it’s a good one, but there may not be water,” he said.

Washington generally experiences high demand for land, but the opportunity does not arise very often.

“I never have a problem finding buyersto look at property when we have something to sell,” Ash said.

Herres shared a similar take on the equestrian side of things, although some sellers are willing to sell for less if it means selling the property to fellow equestrians as opposed to developers.

“We’ve had such a robust economy and the job economy is so strong in Washington that the inventory continues to be low but the demand is high,” she said.

In terms of property values in 2020, all expressed optimism for strong markets.

“If the cowman wants to expand, he has to compete with the legacy buyer and the recreational buyer,” Hawes concluded. “It’s just been that way for a long time and it continues.” — WLJ

Demand for working ranch properties in the Intermountain West outstrips supplies, but there are opportunities to be had.