Sign Up
Log In
Purchase a Subscription
You are the owner of this article.
Edit Article Add New Article
You have permission to edit this article.
Edit
Welcome, Guest
This Week's Paper    |    Markets
News
Publications
Classifieds
Livestock Tours
Sale Calendar
Community & Events
About
Subscribe
Share This
1 of 9 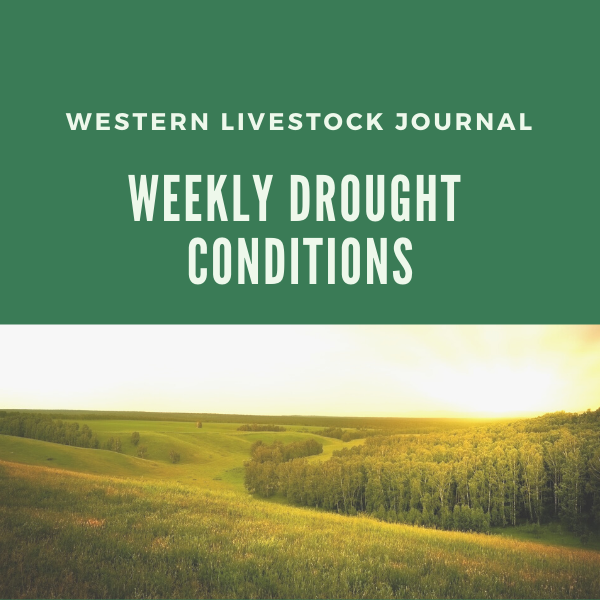 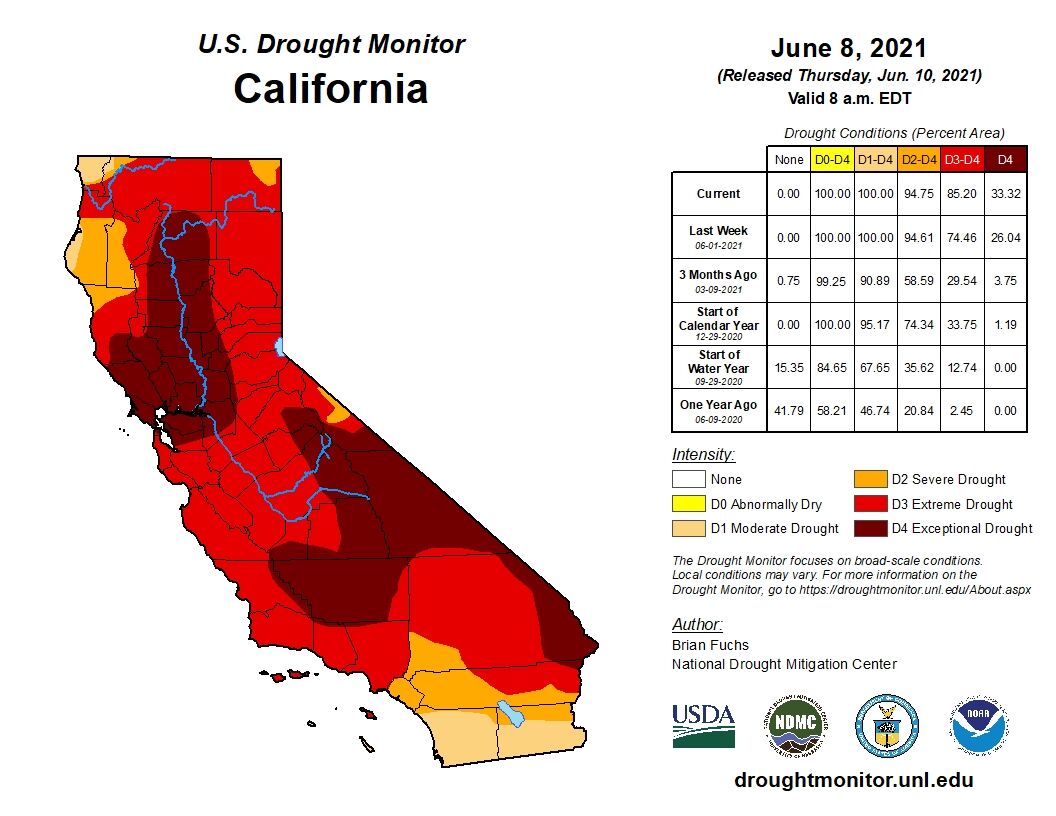 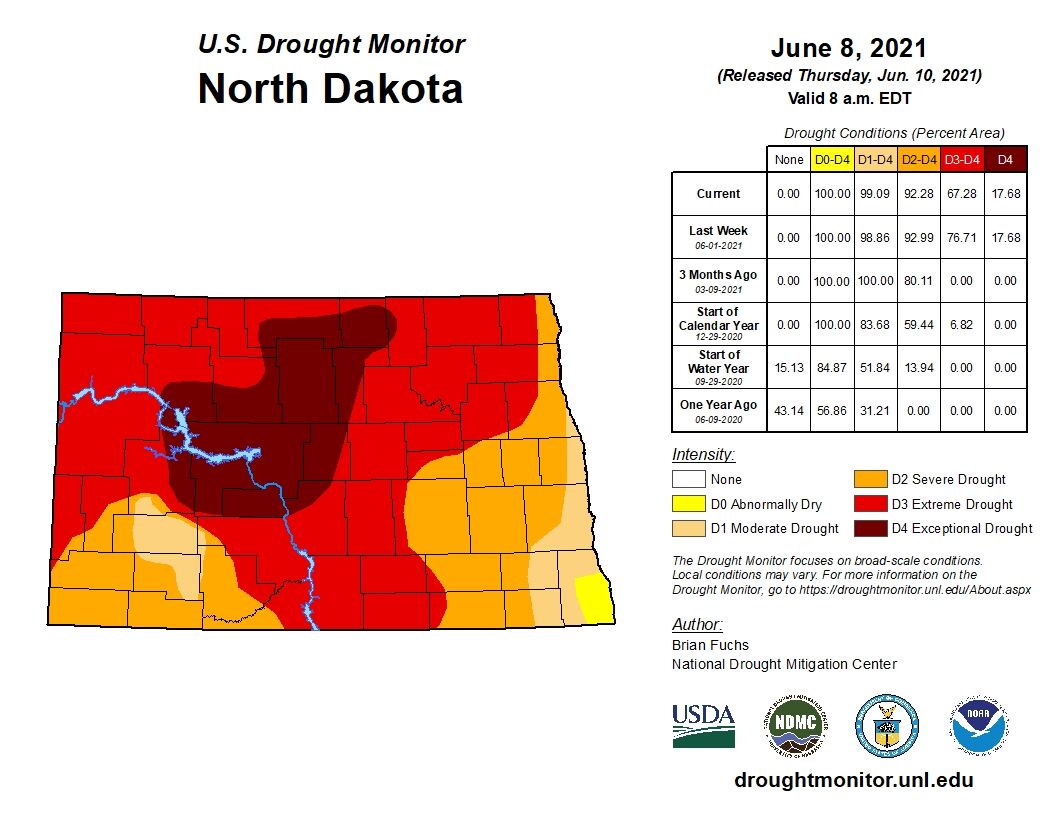 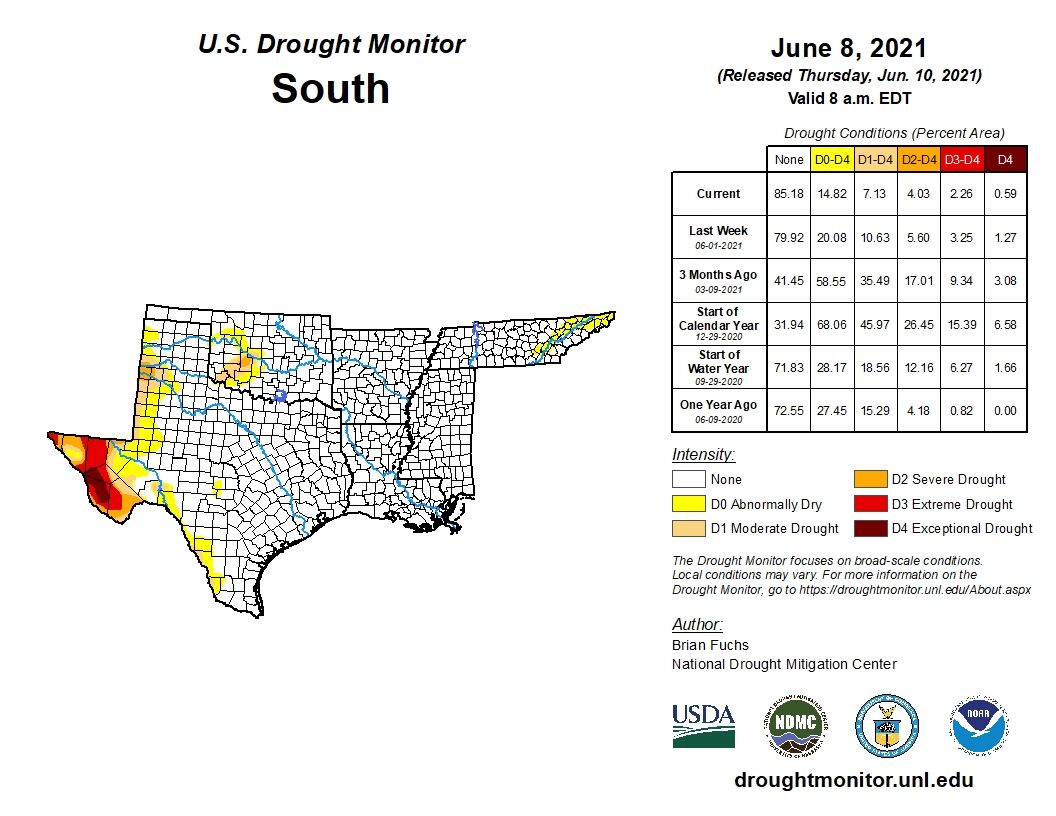 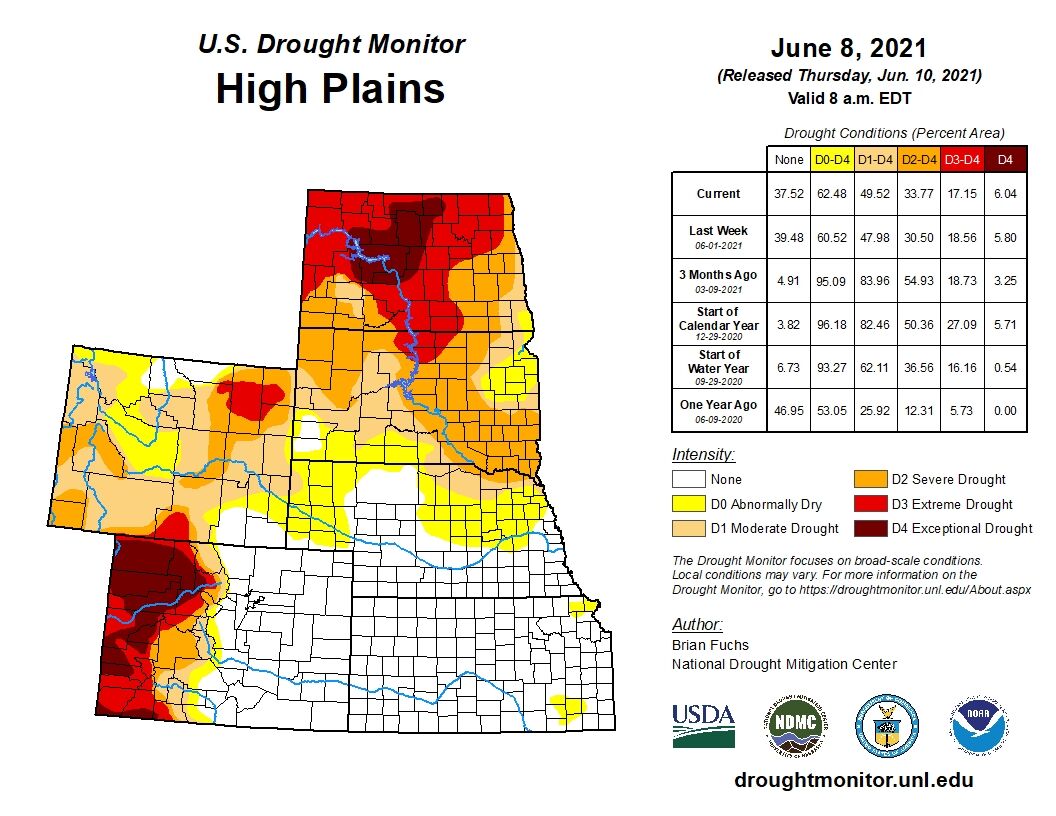 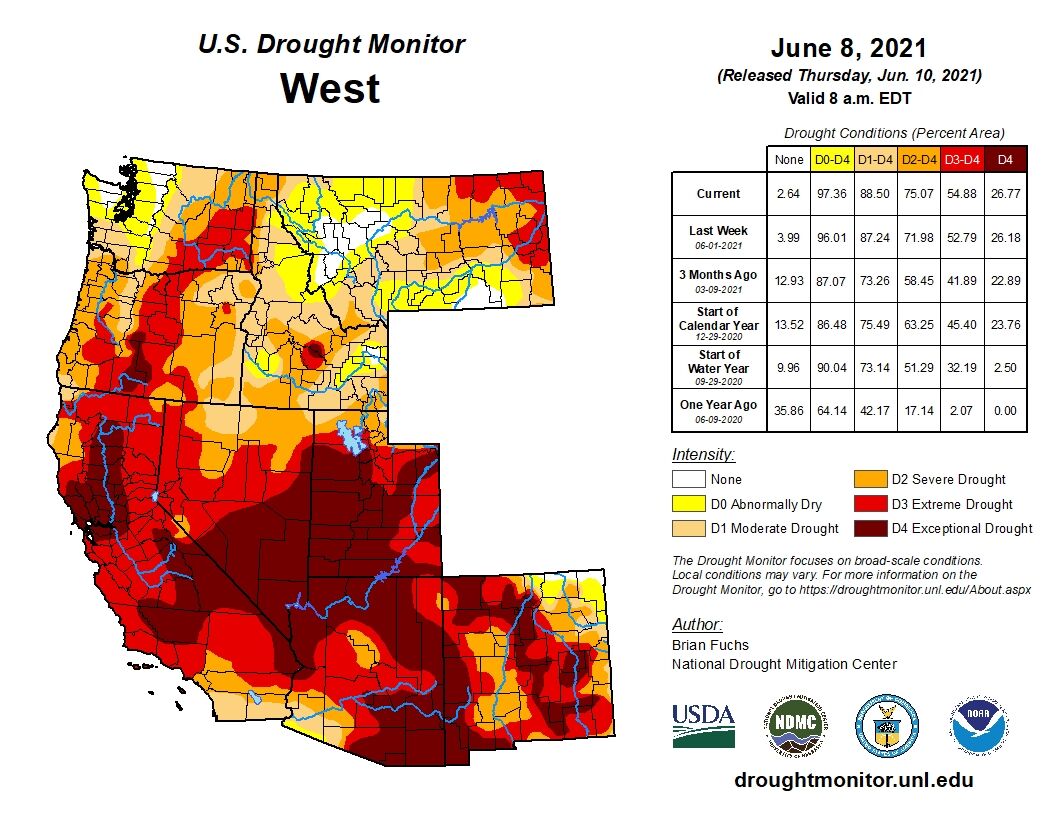 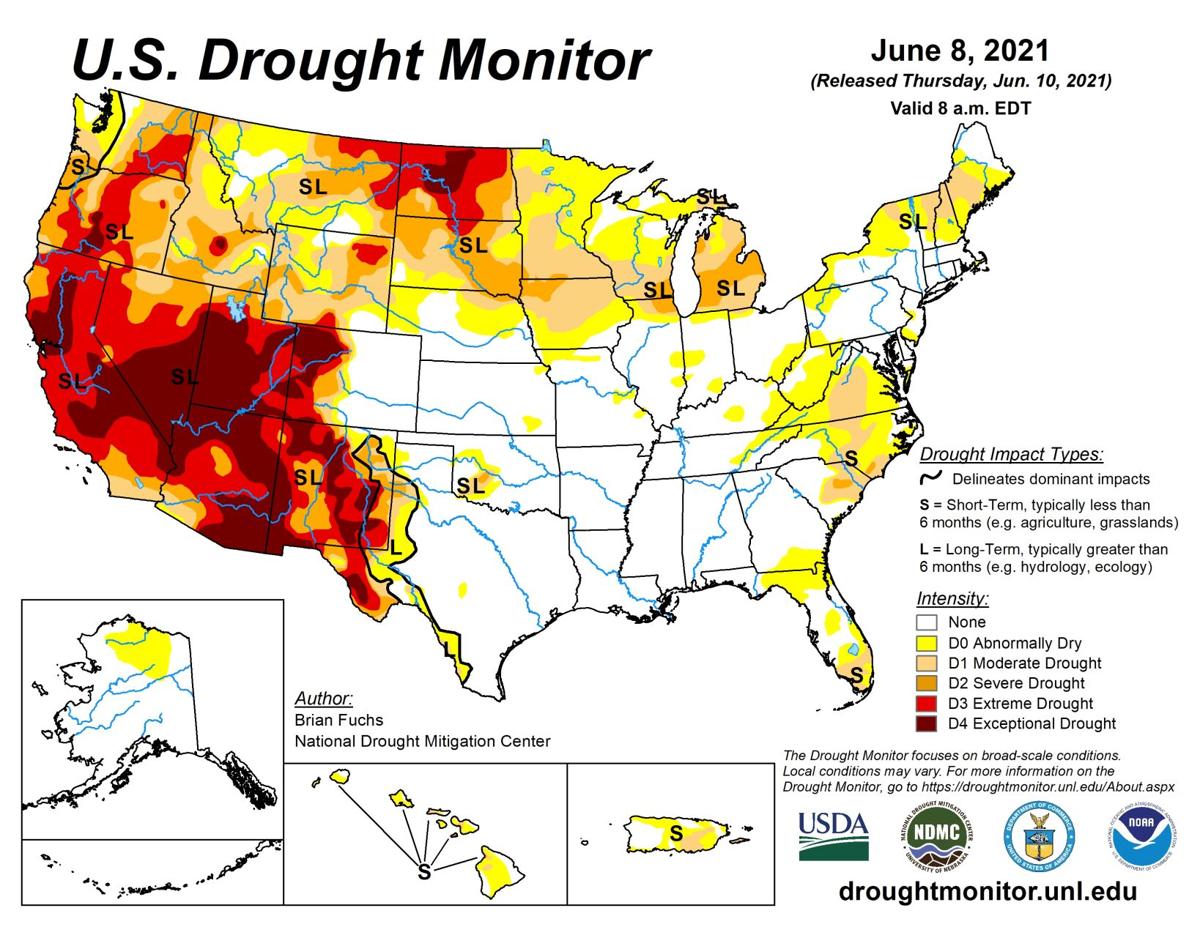 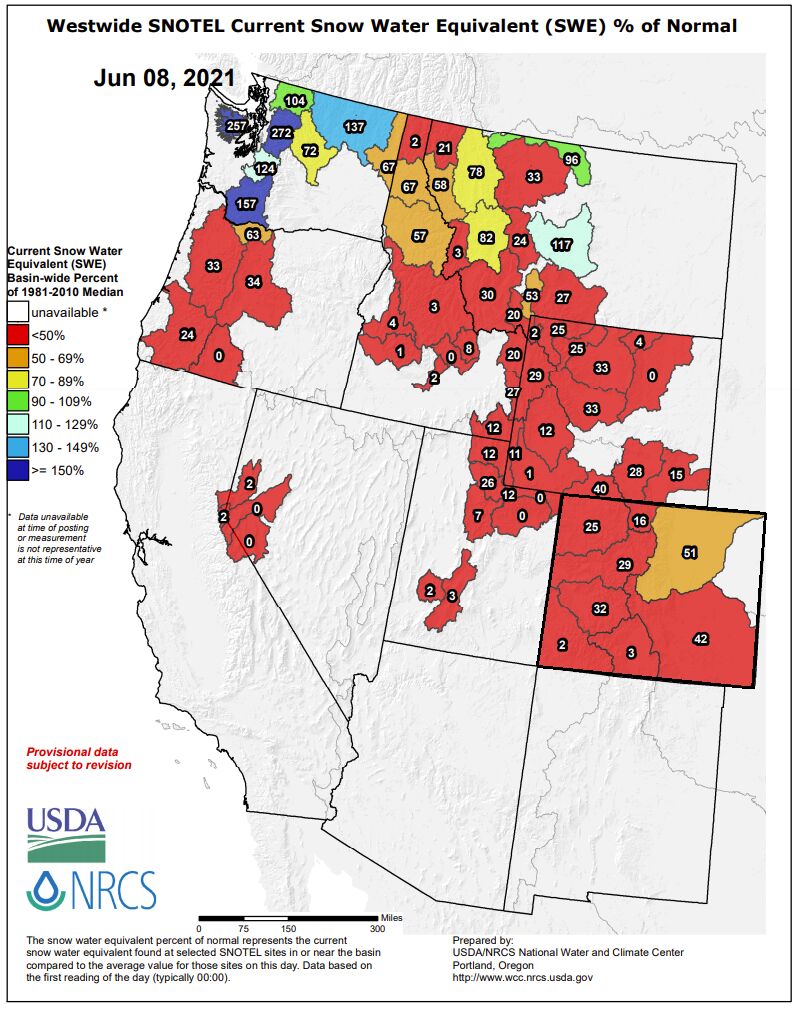 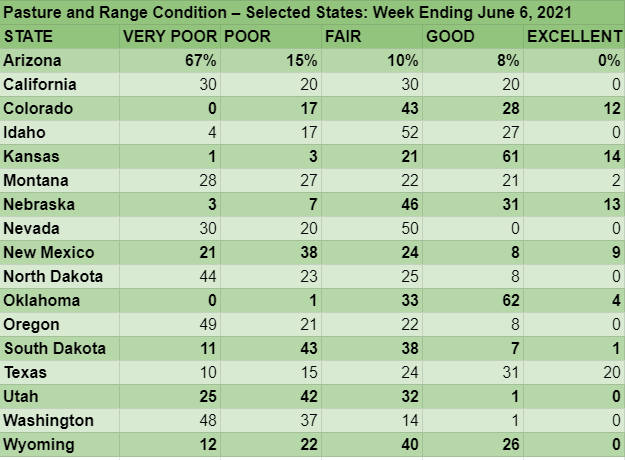 Warm and dry conditions dominated the West, while the southern Plains and South recorded the most precipitation for the week as well as cooler than normal temperatures.

Temperatures were 3-6 degrees below normal over much of the southern Plains and into the lower Mississippi Valley. Warmer than normal temperatures dominated from California to the Dakotas with departures of 9-12 degrees above normal and even higher in the northern Plains. With the active pattern continuing over the southern Plains, conditions have flipped over the last several weeks from one of drought to ample precipitation.

A reassessment of conditions in several places in the West and northern Plains led to recent improvements in light of some of the wetter conditions.

A very dry week for the region, with only areas of New Mexico, northeast Arizona, western Colorado and northwest Washington having above-normal precipitation.

Temperatures were well above normal, with most areas 3-9 degrees above normal for the week. A reassessment of conditions in eastern New Mexico took place after the most recent rains, leading to improvements in the region, with some being multi-category for the week. Eastern Washington saw conditions continuing to decline, and an expansion of moderate, severe, and extreme drought took place this week. Oregon was similar with widespread areas of degradation in the state and expansion of exceptional, extreme, severe, and moderate drought. Idaho also had widespread degradations with an expansion of extreme, severe, and moderate drought and a new introduction to exceptional drought.

California continued to see the impacts of drought increase. There was an expansion of extreme and exceptional drought in the northern and central areas and along the coast of central California. A small area of exceptional drought was expanded in central Utah. As with the conditions in the northern Plains, some areas of eastern Montana were reassessed this week and a large area of extreme drought was removed while other regions of the state had an expansion of severe and moderate drought. Some of these same areas improved in Montana received rain after the cut-off for this week and could see further improvements next week.

A mostly dry week for the region, with some late precipitation in the period over North Dakota that will be addressed next week when the full extent of the rains can be taken into account. Some areas of Colorado had above-normal precipitation for the week.

Temperatures were well above average in the Dakotas, where widespread areas of 12-15 degrees above normal were observed, with several places over 100 degrees F. Farther south in the region, the temperatures across Kansas were below normal. Portions of southwest North Dakota and northwest South Dakota were reassessed this week to take into account the wetter pattern lately.

With a continued wet pattern, temperatures were well below normal, with departures of 6-8 degrees below normal in portions of Texas and Oklahoma. The greatest rains fell from east Texas into the lower Mississippi Valley, but there were pockets of heavier rain from south Texas into the central portions of the state. As in past weeks, the wet pattern of the current week, as well as a reassessment of conditions over the last 6-8 weeks, allowed for continued and multi-category improvements over portions of Texas. The only extreme and exceptional drought left in the state is in the Trans-Pecos region. — UNL Drought Monitor