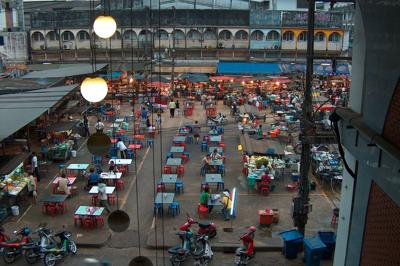 If there is one thing emphasized during the last couple years of trade discussions and negotiations, it is how complicated and intertwined the modern world has become. Customers, supply chains, technology, weather events, energy supplies and cultures are threads in a complicated and carefully planned matrix to get what consumers want to their doors in an efficient and cost-effective manner.

So a wild card like this current coronavirus originating in China really complicates things, affecting many of those threads worldwide. Because the country has combined technical capability with lower costs of production, Chinese goods have gone all through the world economy. There is probably no country worse for such an epidemic to strike.

Much of the discussion about predicting the impact of this coronavirus has begun with comparison to the severe acute respiratory syndrome (SARS) virus that struck China in 2003 and reverberated around the world. But there are both similarities and differences that make extrapolations from that experience difficult. The medical comparison is important because while this coronavirus is less deadly on a percentage basis than SARS (2 percent vs. 10 percent), it is more contagious. The coronavirus has already infected more people and killed more people in much less time.

China accounted for a much smaller part of global GDP in 2003 than now ($4 trillion vs. $16 trillion). It accounts for somewhere between 17 and 24 percent of worldwide GDP, depending on the source, which is more than the U.S. China has grown from the sixth largest economy in 2003 to the second largest. China accounted for 39 percent of global growth in 2019, according to the International Monetary Fund. Some say even a half point drop in China’s GDP would be very significant globally.

China’s imports have grown in the last 10 years, to make it the second largest importer globally, exceeding $2 trillion in 2018. During the same time span, China has become the world’s largest exporter, with exports amounting to $2.5 trillion. Japan and Vietnam are very connected to the Chinese supply chain, importing parts to use in producing goods and then exporting them.

Japan is American beef’s largest beef export customer, so what happens there is important to us. Unfortunately, Japan has already damaged its own economy, heading in the opposite direction from recent U.S. policy.  Japan implemented a consumption tax increase from 8 percent to 10 percent last October that was a major cause of the GDP turning negative by over 6 percent in the fourth quarter, compared to the prior quarter. The drop was the biggest in five years since the last consumption tax increase. Damage and disruption from a major typhoon also contributed.

Japanese consumer spending dropped over 11 percent.  The first two months of 2020 produced a small positive 0.5 percent GDP number. The government passed a $120 billion stimulus package last December as their effort to counter the effects of the tax increases.

Japan has now found a number of cases of the coronavirus that seem to have no direct connection to China, suggesting a so-called stealth outbreak. Japan is boosting screening and treatment capacity.

South Korea is our next best export customer and growing fast, just $300 million or so behind Japan. They have reported cases in the double digits and no fatalities as of this writing, so the problem appears small for now. They, however, are jumping right on tough measures to contain things. China is their No. 1 trading partner and two of their automotive companies have already had problems with parts not coming in from China.

Reduced circulation of the public leads in particular to less discretionary spending on services, a particular concern in both the economies of Japan and China. Among the industries hardest hit by such public health problems is tourism, which took a big hit during the 2003 SARS outbreak. Chinese tourists are normally some of the most coveted by other countries, as they spend serious amounts of money. Now, countries are giving up that revenue, as many are not admitting Chinese citizens.

China’s diplomats have been on the phone trying to get countries to avoid dropping airline service or recommend against tourism to their country. They want to avoid the impression that the Chinese Communist Party doesn’t have control of everything. Most countries have instead opted to try to protect their own citizens.

Companies and governments worldwide are pulling executives and staffs out of China. Major airlines have suspended service to China. Companies like McDonald’s and Starbucks have collectively closed thousands of outlets there. Factories that supply companies have “extended” the Lunar New Year’s holidays, to reduce the spread of the disease. Companies that had tweaked supply chains to lessen tariff costs now have to adjust to account for parts not arriving from China at all.

And there is limited reliable information coming out of China on which to base decisions and forecast the near future. China is a key part of many supply chains. But disease experts can’t really say when the virus will peak, so economists are forced to guess.

Nevertheless, economists are predicting a minimum drop in first quarter U.S. GDP of nearly half a point, with a pickup in the second quarter. It is estimated SARS shaved a half to a full point off China’s GDP in 2003. Chinese GDP in the first quarter is estimated at just under 5 percent, lower than the 6 percent previously expected.

Global growth is estimated at a negative 0.8 percent in the first quarter and a positive 0.5 percent in the second quarter, according to one world market forecaster, IHS Markit. That’s if China keeps the current high-risk areas locked down in quarantine for all of February and phasing out in March.

Of course, tourism is significant to American beef producers, as the hotel-restaurant-institutional trade is a lucrative customer for high quality beef. People confined to quarters or afraid to leave the house are not eating in restaurants. With several cruise ships turned into floating quarantine facilities, the cruise industry will suffer for weeks or a few months.

The number of cases of coronavirus worldwide is regarded with significant fear at 75,000 and climbing, with the death toll exceeding 2,000. Yet it is estimated between 300,000 and 500,000 people worldwide die from influenza each year, with a huge number of cases. The death total for flu is much higher, even though it is much less likely to be fatal at about 0.1 percent, compared to the coronavirus’ estimated 2 percent fatality rate.

The eventual spread of the “Wuhan coronavirus” is unpredictable at this stage by scientists, and, therefore, by economists. The stock and bond markets hate uncertainty. Politicians like to promise certainty. But the public also hates uncertainty when the question involves life or death.

The economic impact will revolve around China’s city and regional quarantines, reduced output from factories, supply chain disruptions and travel restrictions. All of these factors have ripple or wave effects to varying degrees worldwide. But the economic disruptions should still be short-term in the grand scheme of things. — Steve Dittmer, WLJ correspondent

Despite great expectations of high export sales to China, USDA’s initial outlook for 2020 crops, exports and prices does not factor in the idea of $40 billion in new agricultural sales to China.