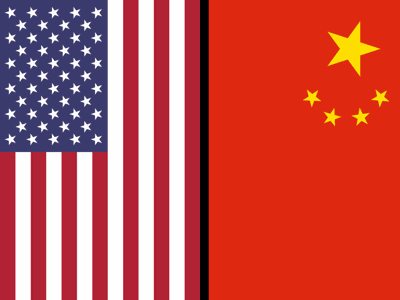 U.S. beef producers will now be able to export nearly all beef products to China for the first time since 2003. China has extended eligible beef exports as a result of the continued progress in implementing the Phase One deal between the two countries. Pork has also been granted extended access.

“These steps show that China is moving in the right direction to implement the Phase One agreement,” USDA Secretary Sonny Perdue said. “We will continue to work with China to ensure full implementation of its commitments and look forward to seeing further improvement and progress as we continue our ongoing bilateral discussions.”

China expanded its internal list of U.S. beef and pork products, including processed meat products, as well as establishments eligible to export into the country.

“These steps show that China is moving in the right direction to implement the Phase One agreement.”

The country agreed to import all beef products except for the following: mechanically separated beef and distal ileum of cattle of any age; beef and pork thyroid glands, adrenal glands, tonsils, major lymph nodes exposed during slaughter and cutting, laryngeal muscle tissue, lungs, pancreas, spleen, gallbladder, uterus, hair, hoofs, and lactating mammary glands; cattle horns; and brain, skull, eyes, trigeminal ganglia, spinal cord, dorsal root ganglia, and vertebral column (excluding the vertebrae of the tail, the transverse processes of the thoracic and lumbar vertebrae, and the wings of the sacrum), from cattle 30 months of age and older.

According to a statement by Perdue, U.S. cattlemen could export nearly $1 billion per year from the expanded access.

U.S. Meat Export Federation President and CEO Dan Halstrom noted, “With much broader access for U.S. beef, the U.S. industry is well-positioned to expand its presence in the largest and fastest growing beef market in the world.”

U.S. beef and pork still face retaliatory tariffs in China, but a tariff exclusion process implemented by the Chinese government earlier this month is providing some level of relief, Halstrom added.

“With much broader access for U.S. beef, the U.S. industry is well-positioned to expand its presence in the largest and fastest growing beef market in the world.”

“While elimination of all retaliatory duties is still the best way for China to level the playing field for U.S. red meat, the exclusion process is expanding opportunities for importers and for the U.S. industry,” he said.

Additionally, participation in the USDA Agricultural Marketing Service Export Verification (EV) Program for the People’s Republic of China will no longer required. However, beef products slaughtered prior to March 17 must have been EV-compliant.

“We are working with China on a daily basis as we implement the Phase One trade agreement,” U.S. Trade Representative Robert Lighthizer said. “We recognize China’s efforts to keep the commitments in the agreement and look forward to continuing our work together on trade matters.” — Anna Miller, WLJ editor

In the midst of the coronavirus chaos and uncertainty, some good news is to be had for U.S. beef producers.