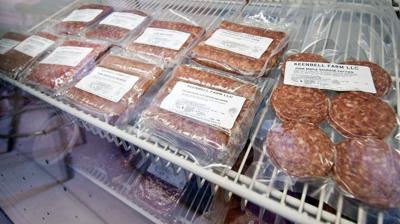 The headlines have been heralding a trade war with China. While scary, the reality of retaliatory tariffs is more nuanced than many have made out. For example, though China’s threatened tariffs focus on pork, the impact could indirectly impact beef markets.

At the beginning of March, President Donald Trump announced tariffs on steel and aluminum imports into the U.S. to supposedly protect domestic metal industries. Several U.S. trading partner blocs, including the European Union, have reacted by proposing lists of U.S. products for retaliatory tariffs. On Friday, March 23, China joined in, issuing a list of proposed targets for retaliatory tariffs that include U.S. pork.

“This list tentatively contains seven categories and 128 tax products,” read a translated copy of the Chinese Ministry of Commerce’s announcement of the move WLJ accessed. The Chinese ministry claimed the list involved $3 billion (USD) worth of U.S. exports to China.

U.S. Meat Export Federation (USMEF) President and CEO Dan Halstrom called the inclusion of pork “of great concern.” He noted that U.S. pork trade to China was valued at $663.1 million in 2017.

“Retaliation on any American agricultural export will impact other commodities, which is why it remains critical to fight for fair and equitable trade,” said Kent Bacus, director of international trade and market access for the National Cattlemen’s Beef Association.

Though U.S. beef was not directly named on China’s list, a tariff on pork could nonetheless impact beef.

Beef prices are already expected to be pressured on both the wholesale and retail level by predicted record increases in production. Pork production estimates are similar for later this year. The possibility of more pork on the domestic market could increase this pressure. — WLJ

Following President Trump’s steel and aluminum tariffs, the EU has listed a number of U.S. productions—including ag products—targeted for retaliation tariffs. It will cost ag jobs.