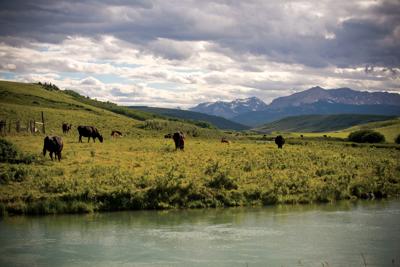 California is becoming a testing ground for large-scale water management problems in the face of climate change. But the state is trying to get ahead of deepening problems with a water resilience plan.

On Friday, Jan. 3, the state of California released its draft Water Resilience Portfolio. The document was created through a joint effort of several California agencies, including the California Natural Resources Agency, the California Environmental Protection Agency and the California Department of Food and Agriculture. It recommends numerous actions to help the state deal with its deepening water woes.

Among these recommendations are calls for increasing water storage within the state, but also calls to increase surveillance of agricultural water use.

“Water is central to nearly everything we value in California,” read the draft portfolio’s executive summary.

The portfolio outlines four major goal areas for the near future of California’s water management:

• Maintain and diversify water supplies to strengthen water security and reduce pressure on river systems across the state.

• Protect and enhance natural ecosystems, including restoring the health of river systems in order to sustain fish and wildlife.

• Build connections, specifically in the improvement of physical infrastructure to store, move, and share water across the state.

• Be prepared for new water-related threats, including floods, droughts, and hotter temperatures.

The portfolio was created as a result of an executive order from Gov. Gavin Newsom (D-CA) in April 2019. The executive order called on the agencies to identify key water priorities in the state and outline ways to meet those goals. The portfolio is not a law or otherwise binding document. If passed, it would act as a guidance document for the state of California on water issues.

The draft portfolio can be read in its entirety HERE.

The draft portfolio is open to public comment. Comments can be submitted by Feb. 7 via email to input@waterresilience.ca.gov.

“Water supply reliability varies greatly within California’s agricultural sector. Some growers depend entirely upon either surface water or groundwater, while others have access to both. Growers with senior water rights for surface water rarely face shortages while those with more junior water rights face cutbacks both during drought and during non-drought conditions to protect water quality and imperiled fish and wildlife.”

The portfolio also noted that rural communities are among the most vulnerable to water shortages, “given their isolation and lack of capacity to develop water supplies.”

The portfolio brought up the common figure of agriculture using 80 percent of the state’s human-use water, but also recognized the advancement of agricultural efficiency.

“Approximately 30 million acre-feet of water are used by farmers and ranchers each year, which enables the largest and most diverse agricultural sector in the nation. While irrigated acreage and the overall amount of water used by farmers has changed little over the last 50 years, the value of California farm output has doubled, thanks to increased productivity and higher-value crops.”

According to the California Cattlemen’s Association (CCA) the portfolio contains some things that could benefit and threaten the state’s ranching industry. Potential benefits according to CCA include the portfolio’s proposal to advance the Sites Reservoir water storage project, and other water-storage efforts and incentive programs to increase farm and rangeland improvements.

“The Portfolio also includes several potential threats for the ranching community, however,” read the CCA response to the portfolio.

“For instance, multiple goals point to increased water reporting requirements for agricultural users, and one goal proposes requiring water users who divert 500 or more acre-feet of water per year to measure their diversions using telemetry equipment.”

The portfolio ended on a hopeful note about the future of water in California.

“What can our water future look like if we succeed? All Californians have safe and clean drinking water. Our native fish populations recover. Reliable water helps tribal governments, rural communities and agriculture thrive. Cities and towns grow while using water efficiently. We capture, use and share water supplies to weather droughts. Our communities are safe from flood risks. And we adapt together to changes through collaborative, science-based management and strong partnerships.” — WLJ

California extension agents are working to mitigate climate change effects on aspects of the community, including on farms and ranches.