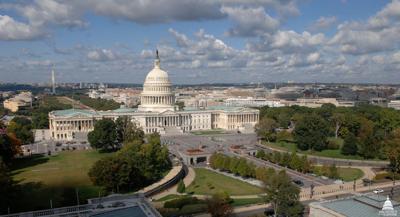 A new bill in the House could open the door to anti-grazing groups being legally able to buy out public land ranchers.

On Thursday, Jan. 30, Rep. Adam Smith (D-WA-09) introduced H.R. 5737, the Voluntary Grazing Permit Retirement Act to the House. The bill seeks to expand the authorization of the USDA and Department of the Interior to permanently retire grazing permits on federal land.

The bill text calls voluntary grazing permit retirement “a successful land management tool.” It additionally claims the expansion of permit retirement authority will “aid in the resolution of land and resource management conflicts, and provide federal grazing permittees and lessees with increased flexibility and opportunities when making decisions about the future of their livestock operations.”

In his announcement of the legislation, Smith described livestock grazing on federal public lands as causing “conflicts with other multiple uses that can have impacts on wildlife habitat and recreational opportunities.”

The legislation was additionally described as “the most cost-effective and equitable way to address this issue” in the announcement. “It would provide grazing permit holders the option to voluntarily waive their permits to graze on federal lands in exchange for market value compensation paid by private parties. The federal agency would then be directed to retire the associated grazing allotment from further grazing activity.”

Under the bill, retirements could occur “as a result of an agreement with a third party.” Though not explicit in the bill text, this is likely what Smith’s announcement was referring to with its reference to “market value compensation paid by private parties.”

The bill also states that permit holders will waive claims to range developments when they voluntarily retire a permit.

The bill outlines some limits on the proposed retirement expansion authority. No more than 100 permits could be retired across the 16 Western states in a year, and no more than 25 permits can be retired in any given state per year.

The bill makes no mention of proposed retirements requiring either an environmental impact statement or National Environmental Policy Act (NEPA) assessment. Both of these are often required with other proposed changes to a grazing permit.

In the group’s reaction to the bill’s introduction, the Western Watersheds Project welcomed the move, saying, “We are always looking for opportunities to reduce or eliminate the impacts of livestock grazing on public lands.”

“Right now, grazing allotments previously bought out in the national forest lands south of Yellowstone and in the Escalante Canyons of Grand Staircase-Escalante National Monument are under threat of being reopened to livestock by the Trump administration and its push to open every last acre of land to extraction and exploitation. This bill would close those lands to livestock in perpetuity.”

The National Cattlemen’s Beef Association (NCBA) and the Public Lands Council (PLC) were unequivocal in their opposition to the bill.

“Grazing is an essential and irreplaceable tool for federal land managers,” said fifth-generation Oregon rancher and PLC President Bob Skinner in the groups’ joint response to the bill.

“Depriving them of this tool—the oldest of the multiple uses—in order to placate the unfounded demands of radical environmentalists would be detrimental to the overall health of these landscapes and is entirely inconsistent with the original intent of both the Taylor Grazing Act and the Federal Lands Policy and Management Act.”

NCBA President and Tennessee cattle producer Jennifer Houston said this legislation is an example of why NCBA’s and PLC’s “Value of Grazing” campaign is so important.

“From fire mitigation to carbon sequestration, livestock grazing is necessary for healthy grasslands and soil.”

Devin’s Comments: Save the cowboy—Stop the APR

The American Prairie Reserve has been gobbling up working ranches in Montana for 15 years. Devin says this needs to stop or small towns that depend on ranching will disappear.