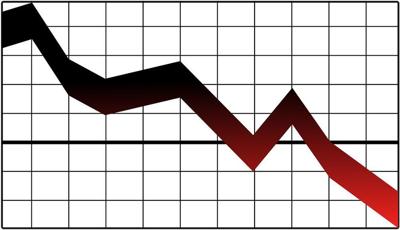 Last Tuesday saw the beginning of the fourth quarter (Q4) of 2019. Yearly quarters are always a time for market and economic predictions, and last week was no different.

CoBank released their quarterly rural economic review last week, and the USDA released its own outlook report a couple weeks ago. Expectations of more red meat and poultry production, plus ongoing trade, outside economy, and international policy concerns combine for possible issues on the horizon.

“Global trade tensions are ratcheting up as world economic growth slows,” said Dan Kowalski, vice president of the Knowledge Exchange division at CoBank, in the group’s announcement of its economic review report. He did note however that the recently-announced action on a trade deal with Japan is a bright spot on the otherwise uncertain trade landscape for U.S. red meat and other agricultural goods.

“Trade negotiations between the U.S. and China stalled, but are hoped to resume yet again in October,” it continued, noting the good-faith effort of paused tariffs on the U.S. side and soybean purchases on the Chinese side.

“Uncertainty of the outcome from the planned talks between the U.S. and China, though, continues to hang over the long-term view of the U.S.’s export competitiveness into China.”

Regarding beef, the CoBank report highlighted “two significant and opposing developments” in Q3 that are and will continue to impact the market in Q4. These two points were declines in feed prices and the Aug. 9 Tyson plant fire.

“As crop conditions and yields stabilized, corn futures have declined from above $4.50 per bushel now toward $3.50. This has greatly improved cost-of-gain projections for cattle feeding for the remainder of 2019 and in to 2020,” the report said of the feed situation. Of the Tyson plant fire’s impact, CoBank reported nothing particularly new, though it was ominous, nonetheless.

“While the Kansas plant will be closed for months, not years, the disruption in capacity and further shifting of leverage in favor of the packer increases the odds of herd liquidation.”

USDA’s Q4 outlook report also highlighted the impacts of the fire going forward, though its focus was far shorter range.

“Although the industry has thus far maintained slaughter levels at a pace close to that before the fire, the temporary loss of the Holcomb plant may reduce the sector’s ability to maintain fourth-quarter slaughter at previously anticipated levels. As a result, the 2019 beef production forecast was lowered by 90 million pounds from last month to 27.0 billion pounds, based primarily on a slower expected pace of fed cattle slaughter and lighter expected dressed weights in the fourth quarter. The reduction was partially offset by greater anticipated cow slaughter through 2019.

“The forecast for 2020 beef production was raised by 105 million pounds from last month’s forecast to 27.7 billion pounds. The Holcomb plant’s expected return to operation by 2020 will support greater expected fed cattle slaughter in first-half 2020. Average carcass weights are forecast higher, in part as a result of more fed cattle in the slaughter mix.”

USDA also projects that cash prices for fed cattle in Q4 will be lower than previously expected as a lingering result of the fire, down $9 to $103 live. This would reduce the overall annual average estimate price paid for fed steers to $113.50 live, down from the earlier estimate of $116.50.

This sort of knock-on effect is projected to continue into 2020.

“With the expected return of the Holcomb plant in first-quarter 2020, the additional capacity would suggest some price support for fed cattle in early 2020. However, to the extent feedlots may have held cattle over from fourth-quarter 2019 into early 2020, increased availability of cattle may mitigate some of the upward pressure on prices from increased packer demand,” the outlook report explained.

A rally was held the first week of October in Omaha to call for fair cattle markets and implementation of country-of-origin labeling.