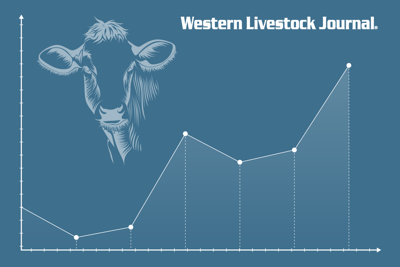 The kinks in the beef supply chain are starting to show in the retail sector. Wendy’s has reported about 18 percent of the chain’s restaurants aren’t serving hamburgers or other meat items due to production challenges. Some grocery stores are limiting the number of meat products customers may purchase at a time.

USDA reported negotiated cash trade was light with light to moderate demand in Nebraska and the western Corn Belt. Trade was reported at $95, with dressed purchases ranging from $145-170. Trade was mostly inactive on light demand in the Southern Plains.

The Cattle Report commented, “As fed cattle continue to back up, the occupancy levels of feedyards will not accommodate new purchases of feeder cattle. This leaves few options for many of the unsold May cattle that will be reaching the end of the winter grazing season. Many of the cattle that normally move middle to late May need to move early because of the heat but now will stay on burned up fields.”

The report also noted that the backup of cattle in the supply chain stops with the breeders.

“Processors beat up on feedlot prices and feedlots beat up on replacement prices but ultimately the harm is placed on the backs of the breeders who have watched increases in all of their input cost and now must face unsupportable calf prices,” the report read.

This, the report concluded, would lead to the inevitable—herd liquidation.

“This is not wholesale liquidation like a drought, but gradual reductions in the size of the nation’s breeding herd.” — Anna Miller, WLJ editor

A brief daily recap of the day's cattle and beef markets.