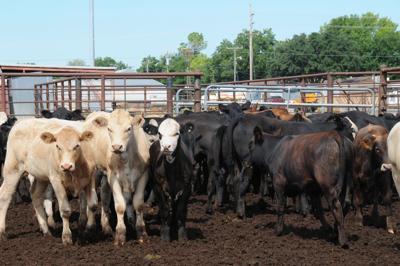 Beef exports are expected to increase in 2020 with better prospects in China due to growing beef demand in general and enhanced protein needs from African swine fever.

However, reduced exports to Hong Kong may offset growing beef exports to mainland China as trade flows into China become officially recognized. Additionally, the bilateral trade deal with Japan mostly restores U.S. beef competitive position in the country lost with U.S. withdrawal from the Trans-Pacific Partnership; and is expected to slow or halt the 2019 erosion in beef exports to the largest market for U.S. beef.

Australia is expected to see reduced beef production and exports, which will reduce exports to the U.S. and other global markets and may allow the U.S. to surpass Australia as the third largest beef exporting country. Less beef from Australia will contribute to a projected decrease in U.S. beef imports in 2020. The U.S. may see reduced beef imports as several major beef exporting countries, such as New Zealand, redirect increasing amounts of beef to China, which continues to dominate global beef trade. Improved beef trade prospects are part of the general optimism for stronger cattle and beef markets in 2020. — Derrell S. Peel, Oklahoma State University Extension livestock marketing specialist

Cattle markets flounder on seasonal and outside threats

Cattle markets were slow develop, and disease outbreaks such as the coronavirus may play a factor.

Former Secretary of Agriculture Dan Glickman made a thought-provoking comment last month at a Farm Foundation Forum on Biden-administration ag policy. “I happen to believe,” Glickman said, “that the research function of USDA is the most important function of the Department of Agriculture.” Read more

Pilgrim’s Pride Corp. has reached a $75 million settlement with a number of plaintiffs in an ongoing antitrust class-action lawsuit filed in 2016. Read more

Do you farm or ranch and want to share your passion and excitement for agriculture with others? Read more

While Congress recovered from the storming of the U.S. Capitol, policy options for the incoming Biden administration opened up when Democrat Jon Ossoff defeated GOP Sen. David Perdue in the second Georgia Senate runoff. Read more

While icy winter mornings can be slick for people to walk, they can also present a risk for bulls breeding fall-calving cows, said Beef Cattle Institute veterinarians Bob Larson and Brad White during a recent Cattle Chat podcast Read more